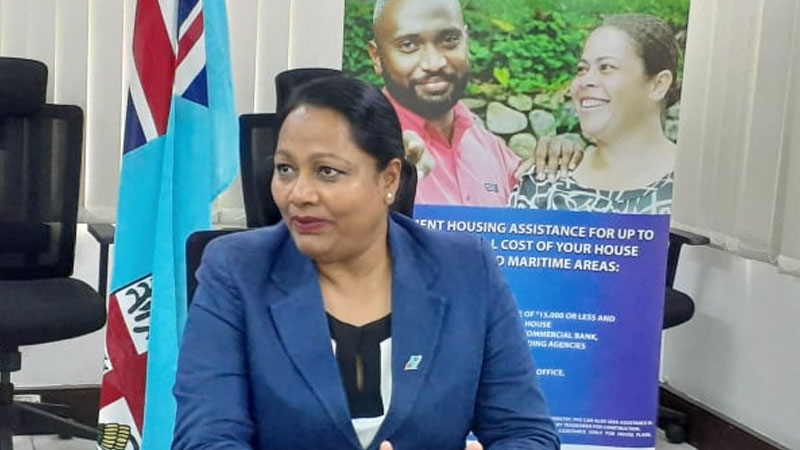 The Ministry of Housing and Community Development will be carrying out public consultations from next Thursday on the new Informal Lot Allocation Policy that will look at how lots are allocated in developed informal settlements.

Minister for Housing, Premila Kumar says this change is long overdue as the current policy is 19 years old and a lot has changed since then.

She says issues surrounding informal settlements have changed significantly and efforts by some Fijians to manipulate the system are increasing everyday.

Kumar says some of the key areas the new policy will address include entitlement for lots, price of lots, government subsidy levels and restrictions on sale of subsidized lots.

She highlighted that the new policy proposes that families earning less that $10,000 a year will get a 90% subsidy if they want to purchase land on the informal settlement developed by the government.

It also proposes that families earning more than $50,000 will not get any subsidy.

Kumar says the new policy also proposes a 10 year restriction on the resale of the property and if someone wants to sell the property, they must seek the Ministry’s approval.

The Ministry will then recover the subsidized amount.

She has also highlighted that there is a need to establish a Housing Policy that will address issues arising from illegal settlers on the informal settlements.

The first public consultation will be next Thursday at the Rishikul Hall in Valelevu, Nasinu.

People can also fill a give their opinion on the Informal Lot Allocation Policy by filling a form on the Ministry’s website – www.housing.gov.fj.

The consultations are expected to conclude on the 6th December.