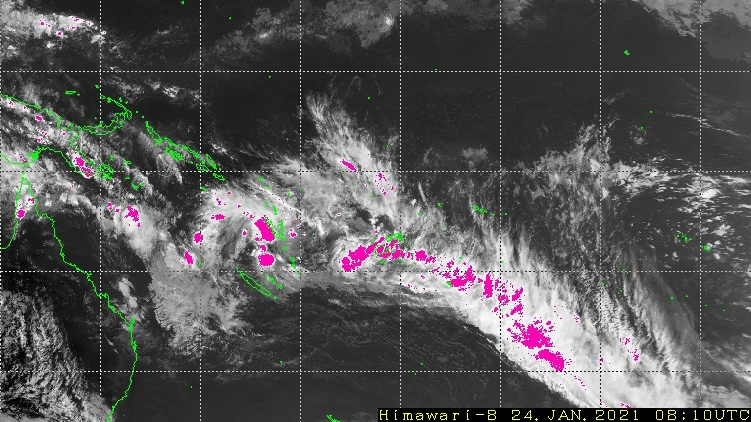 Be prepared as the whole of the Fiji Group will experience heavy rain for the next few days and the Nadi Weather Office predicts that a cyclone is expected to form in open waters between Fiji and Vanuatu mid-week.

Acting Director, Terry Atalifo says their models are showing the cyclone is expected to form in the same area where Cyclone Yasa had formed in December.

Please take all the necessary precautions.

A heavy rain warning is in force for Vanua Levu, Taveuni and nearby smaller islands, Lau and Lomaiviti Group and this is because of a trough of low-pressure system.

Acting Director, Terry Atalifo says there is a broad area of a low-pressure system that covers Fiji and extends westwards towards Vanuatu, New Caledonia and all the way to Queensland Coast.

He says their models are picking that within this broad area of a low-pressure system, a dominant weather system will form to the North West of Fiji and further develop into a cyclone by mid-week.

He says based on their current predictions, the centre of the cyclone is expected to stay West of Fiji however it is too early to predict how far or close it will be from us.

Atalifo says a lot of rain is expected in the next few days and winds are expected to pick up from later Thursday in Rotuma and Western Division later in the week.

We will continue to monitor the weather developments.

Be prepared and stay with us for more.