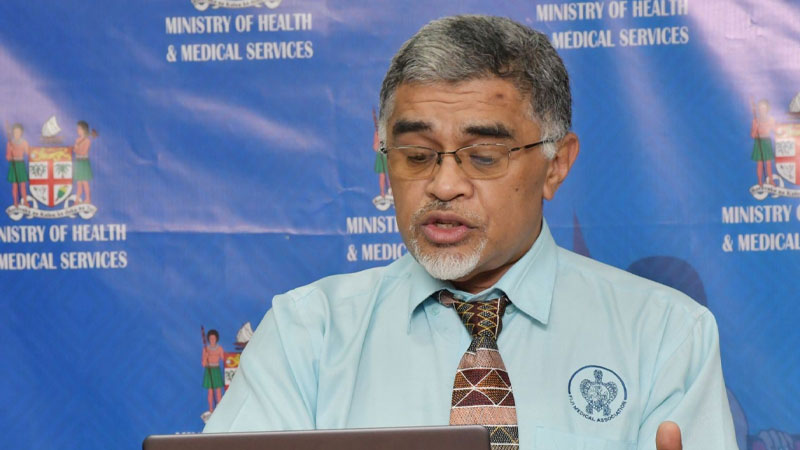 Six new COVID-19 deaths have been recorded from 9th July to 24th September while there are 161 new cases for the 24 hour period that ended at 8am today.

Permanent Secretary for Health, Doctor James Fong says the four deaths from July are being reported today due to the delay in the issuance of the official death certificates.

The first death is an 80-year-old man from Suva who died at home on 9th July. He was not vaccinated.

The second death is a 91-year-old man from Suva who died at home on 16th July. He was not vaccinated.

The fourth death is a 67-year-old man from Suva who died at home on 16th July. He was not vaccinated.

Doctor Fong says the fifth death is a 78-year-old man from Ba. He presented to the Ba Mission Hospital in severe respiratory distress. He died on the same day on 24th September.

He was not fully vaccinated.

The sixth death is a 67-year-old woman from Nadi.

Dr Fong says she was declared dead on arrival by the attending medical officer at the Nadi Hospital on 24th September. She was not vaccinated.

There have been 3 more deaths of COVID-19 positive patients, however these deaths have been classified as non-COVID deaths by their doctors.

There have now been 590 deaths due to COVID-19 in Fiji with 588 of these deaths during the outbreak that started in April this year.

Dr Fong says there are 84 new recoveries to report since the last update which means there are now 13,067 active cases.

He is a 23-year-old man from Tokyo who arrived in Fiji on the 12th of September.

The man has been transferred to a managed Isolation Facility in Nadi.

He is currently in a stable condition and the disinfection process of his room and linen have been completed by the onsite health quarantine officer.

All frontline workers and accompanying passengers who were in contact with this individual have been included in the routine weekly swabbing schedules and the front-liner surveillance schedules.

The Health Ministry is currently reviewing and reconciling their active case database with deaths and recoveries and as a result, they expect the death and recovery numbers to intermittently change as verifications are made.