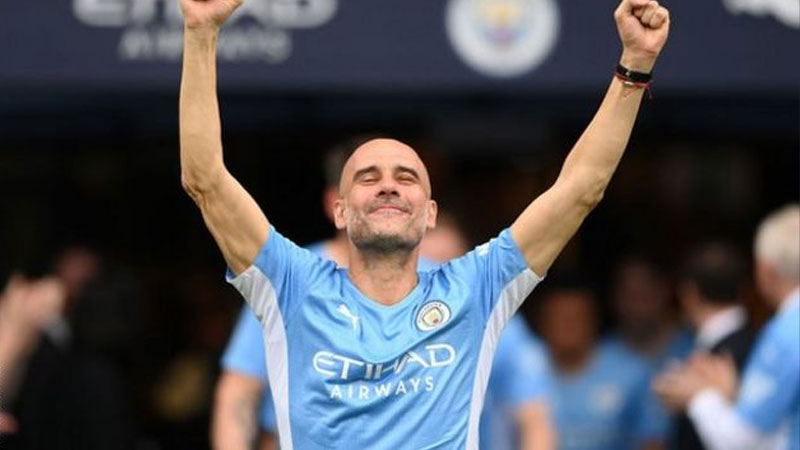 Manchester City manager Pep Guardiola lifted his 11th trophy in six years after moving to England and his current contract expires at the end of next season.

Guardiola says every season is more difficult and he would not betray the club.

According to Guardiola, the team gave him the most incredible moments in his life and he has to feel it.

He added that it is time to celebrate and they are champions again.

City won the English Premier League title by a point over challengers Liverpool, for the fourth time in five years after a stunning 3-2 comeback win over Aston Villa this morning.

Guardiola says what they’ve achieved has been a difficult task and was achieved by Sir Alex Ferguson with Manchester United, two to three times years ago.

He adds that they are legends and will always be remembered.

City were 2-0 down to Villa with 15 minutes left before substitute Ilkay Gundogan scored twice, either side of midfielder Rodri's goal, in a sensational five-minute comeback.

Guardiola says the last game has always been special with a lot of emotions and Villa gave in everything however the 76th minute goal gave City a hope to win.