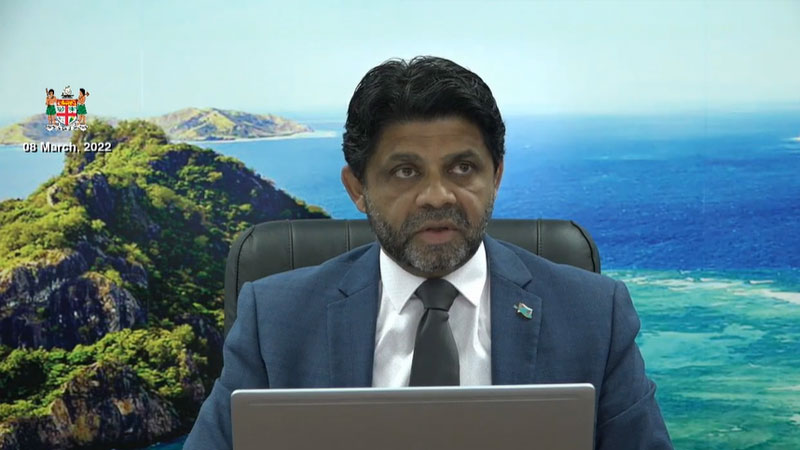 Minister for Economy, Aiyaz Sayed-Khaiyum says the Government has no specific policy to stop women from occupying positions and under this government, we now have more women holding leadership positions in the civil service than ever before.

Sayed-Khaiyum highlighted this while responding to a question from a participant, Ragni Roy during the online budget consultation this evening.

Roy told Sayed-Khaiyum that 69 percent of teachers are women however they are mostly led by men.

She adds all four divisional education officers are men and 80 percent of the senior education advisors are also men.

Roy says this means that despite being highly qualified, women are not considered for leadership roles and asked whether the government can play its role in breaking this bias.

While responding, Sayed-Khaiyum says the appointments happen through the open merit recruitment system.

The Minister for Economy adds many other government ministries and agencies have far more women.