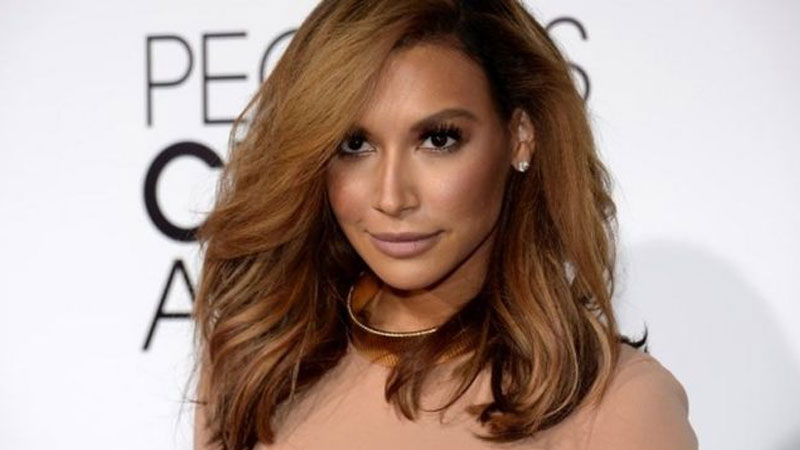 The 33-year-old was reported missing on Wednesday afternoon when her boat was seen drifting at Lake Piru, north-west of Los Angeles.

Her son, 4, was found asleep on board.

He told police they went swimming but his mother never returned.

Search teams are hunting for her body but conditions are difficult.

Rivera is best known for playing cheerleader Santana Lopez in Glee, the hugely popular musical comedy TV series that ran on the Fox network from 2009 to 2015.

Rivera and her son rented a boat together on Wednesday, according to authorities.

The boat was due back three hours later but when the pair did not return workers went out to search for them.

The child was found by another person on the lake "asleep and with his life vest on", police said.

After a massive search and rescue operation found no trace of Rivera police moved to a "search and recovery operation".

Rivera began her career as a child actress and model, appearing in TV commercials in the US.

As a four-year-old she starred in the Royal Family sitcom, and had a number of other TV appearances.

But it was playing cold-hearted Santana Lopez in Glee that made her a star in America.

In 2014, Rivera starred in the horror film At the Devil's Door.

The same year she married fellow actor Ryan Dorsey - who is the father of her son. The couple divorced in 2018 and have joint custody of the boy.

Her final Instagram post on Tuesday shows herself and her son with the caption "just the two of us".