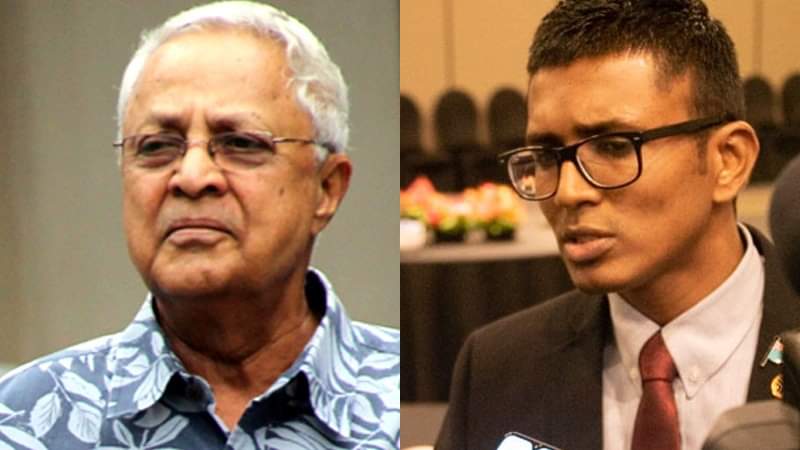 The Fijian Competition and Consumer Commission has confirmed that fuel prices in Taveuni are based on the greater supply expenses like the cost of freight to the island.

FCCC Chief Executive Officer Joel Abraham highlighted this while responding to the concerns raised by Fiji Labour Party Leader, Mahendra Chaudhry who is asking why people in Taveuni are being forced to pay 35 cents a litre more for all types of fuel.

Abraham says one of the major differences between the two markets is that Vanua Levu is volume driven, while Taveuni has access to a more limited volume.

He says as part of their role to secure effective competition in the market, they are also mandated to ensure equitable returns for businesses.

Abraham says what this means is that they must take into account all factors so that a business thereafter makes a reasonable profit.

He says Taveuni is supplied by Pacific Energy and Legend Fuel Supplies and they determined the current fuel prices there after evaluating the cost borne by them which turned out to be substantial, which is why prices are higher.

Abraham says as part of the evaluation, FCCC took into account a number of factors like shipping costs, truck hire costs, wages, rent, depreciation and other operational costs before setting the price.

Meanwhile, the Fiji Labour Party Leader questions why there is such a large difference when Taveuni is only a stone’s throw away from Savusavu.

It is stated in the gazetted price that any area within Fiji other than Viti Levu, Vanua Levu and Ovalau, the price is 33 cents to 36 cents a litre more based on location and cartage costs.

However, Chaudhry says he intends to take the issue up with the FCCC as the people of Taveuni were bitter about having to pay so much more without any justification.

He says it just does not make sense and a thorough examination of the price-fixing formula for outer islands needs to be done to address the concerns of the people in these islands.

Chaudhry was in Taveuni over the week-end holding consultations with the people.

National Federation Party Leader Professor Biman Prasad has reminded the current leaders of the country that Fiji’s history did not begin in 2006. ... 14 hours ago
LATEST NEWS

SODELPA Leader Sitiveni Rabuka says SODELPA hopes to field more women candidates and help them to get into Parliament in 2022. He says while the ... 12 hours ago

The SODELPA Management Board has approved the final selection process for Party Leader and Deputy Party Leader after a meeting at Studio Six ... 13 hours ago

The World Health Organisation has warned the global coronavirus death toll could hit two million before an effective vaccine is widely used. The ... 15 hours ago

Police White will face Tabadamu 1 in the final of the 44th Fiji Bitter Marist 7s at the ANZ Stadium tonight. Police White - the tournament’s ... 15 hours ago

WOWS Kids Fiji Ambassador Pita Waqavonovono raised $1,700 as part of the Shave It or Save It campaign and handed over the money to WOWS Kids Fiji ... 16 hours ago
More News
TOP