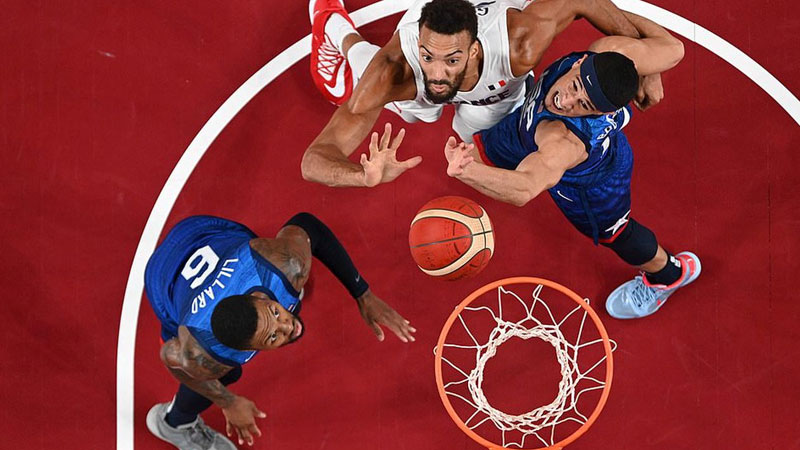 The second day of the 2020 Tokyo Olympic Games was filled with a lot of surprises and shocking moments.

In basketball, the USA had their 25-game winning streak at the Olympics ended by an 81-76 loss to France in their opening game.

The Americans who were the favourites to win a fourth consecutive gold in this event were shocked by seventh-ranked France and now the Americans will have an uphill battle in front of them.

There were also upsets in tennis with Wimbledon champion and World number 1 women's tennis player, Ashleigh Barty losing to Sara Sorribes (Sori-beis) Tormo of Spain in the first round.

The victory is the biggest of Sorribes Tormo's career.

Austria's Anna Kiesenhofer won a surprise road race gold and Tunisian teenager Ahmed Hafnaoui stunned the favourites in the pool on a drama-filled second day at the Tokyo Olympics.

Even favourite Simone Biles was wobbly in the gymnastics qualifier, while golf was robbed of two leading players through positive COVID-19 tests and defending tennis champion Andy Murray pulled out of the men's singles.

However, the biggest shock of the day must surely have been for Dutch cyclist Annemiek van Vleuten (Ana-mik-van-fluten) who celebrated when she crossed the line thinking she had won gold only to discover she was second.

Amid all the surprises, there was the reassuring return to action of Japanese tennis player Naomi Osaka.

Click Here for Full Medal Tally and Fixtures and Results