7,888 contacts in Suva and Nausori placed under quarantine

7,888 contacts in Suva and Nausori placed under quarantine 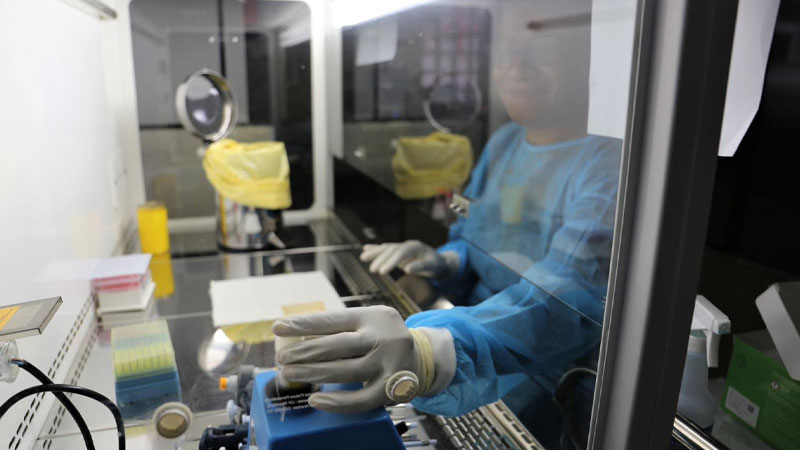 Four new COVID-19 cases have been confirmed from the Nadali cluster in Nausori after 2,500 tests conducted since Monday.

Permanent Secretary for Health, Doctor James Fong says these cases are all close contacts of existing cases from the Nadali cluster.

He says due to a steadily rising number of cases, the Health Ministry is concerned that Nadali has become a source of widespread COVID transmission.

They have cordoned off the entire Nadali Area as a screening zone, meaning no one is allowed to leave Nadali until they screen, swab, and clear everyone in the area.

Doctor Fong says those who need to return to the area may do so provided they do not leave.

He also says for every hour of the past four days, the Ministry teams have combed through Suva and Nausori to trace and test primary and secondary contacts of existing cases of COVID-19.

Doctor Fong says they have placed 7,888 contacts in Suva and Nausori under quarantine. This is the largest number of active contacts they have ever identified.

He says identifying them and isolating them ensures that chains of transmission were broken before they could extend, it means clusters were thwarted before they exploded beyond their control.

Doctor Fong says those quiet victories against this invisible enemy were only possible thanks to the public’s cooperation and support through our four days of strict lockdown.

He has thanked the people of Suva and Nausori for their cooperation which has paid real dividends for the health of the nation.

The Permanent Secretary says as a reminder for everyone, these contacts are people who had interactions with individuals who have tested positive for the virus and may have passed it to them.

He says it was important that they find these people so they could test them and ensure they do not pose a wider risk of transmission to our communities.

Doctor Fong says thanks to the use of careFIJI, they found many of the contacts quickly.

He also reveals that others have required more in-depth investigations to find.