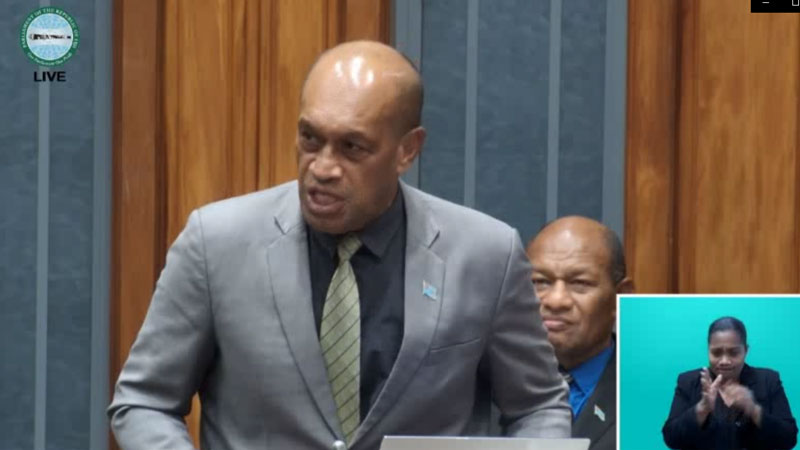 Minister for Infrastructure, Jone Usamate says they need to ensure that those forces that destroyed democracy in Fiji in the past do not do so again and destroy what they have built so far.

While responding to the President’s speech, Usamate says they have had the events of 1987 and 2000 where the politics of ethnicity and religion brought about the loss of democracy and economic turmoil.

He says this is what they need to control in order to strengthen their democracy and future.

Usamate says the events of 2006 were the beginnings of rectifying the forces that led to the problems in the past.

The Minister for Infrastructure says scare tactics of ethnicity has started again and he has seen allegations on social media about Muslims in Fiji taking over the country.

Usamate says some people have got into parliament by tendering and aiding to this kind of rhetoric in the past to gain votes.

He says the President, Ratu Wiliame Katonivere has told us not to do this.

Usamate also stresses they focus on those who are in poverty equally irrespective of who they are and that is what the FijiFirst Government stands for.

Permanent Secretary for Health Dr James Fong says health workers and frontliners have done their best for two years to protect as many of us as possib... 52 minutes ago
LATEST NEWS

The Fijian Government says in their effort to assist locals in reaching out to the Tongan victims of the recent volcanic eruption and tsunami, they ... 25 minutes ago

Actor Arnold Schwarzenegger has been involved in a car accident in Los Angeles. LA Police say a woman was hurt in the four-vehicle crash, which ... 47 minutes ago

Save the Children says they will join the response to assist families in Tonga affected by the volcanic eruption by establishing temporary learning ... 49 minutes ago