Flooding remains a concern tonight with high tide at 9pm

Flooding remains a concern tonight with high tide at 9pm 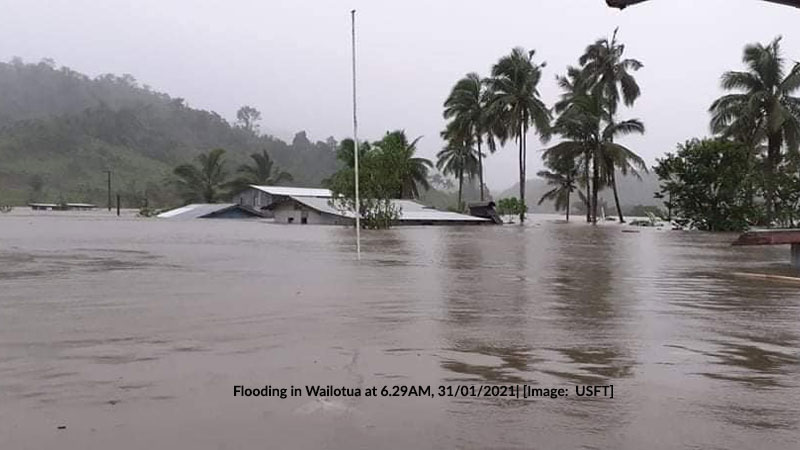 Flooding remains a concern tonight as a low-pressure system located to the North West of Fiji and associated weather from Cyclone Ana is still expected to bring damaging winds and rain.

The next high tide is at 9 o'clock tonight.

The Nadi Weather Office says Cyclone Bina was downgraded to Tropical Depression TD07F and it has now further weakened into a low-pressure system.

A flood warning remains in force for all low lying areas, areas adjacent to and downstream of all rivers of Vanua Levu, and Ba, Tavua, Rakiraki, Korovou, Waidina, Wainibuka, Wainimala, Waimanu, Rewa and Navua rivers in Viti Levu.

A flash flood warning remains in force for all low lying areas and areas adjacent to small streams and creeks for Vanua Levu and low lying areas along Naboutini in Serua to Rewa, Rakiraki to Ba in Viti Levu.

Damaging winds can cause damage to weak structures and houses of very light materials over these areas.

It can also cause damage to crops and vegetation.

There will be moderate to heavy swells and breaking waves reaching the coastal areas that can cause coastal inundation and sea flooding, especially during high tide.

Cyclone Ana has weakened and downgraded to a Category 2 system and it is located about 240km South South West of Matuku and continues to move away from Fiji.

The Fijian Government has distributed a total of 34,700 food ration, grocery and essential item packs. In a statement, the Government says it c... 21 minutes ago
LATEST NEWS

If you are residing in lockdown areas and squatter settlements in the Central Division and in Nadi, then you can expect to receive dalo suckers ... 16 minutes ago