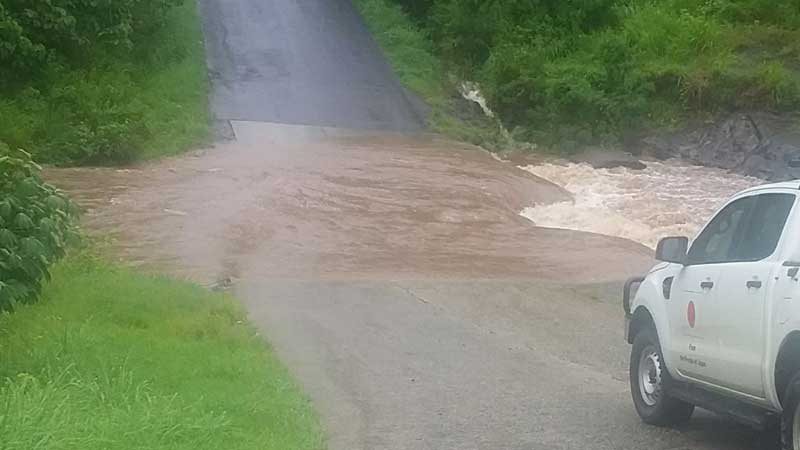 Remain on high alert and take the necessary precautions if you live in low lying and flood-prone areas as it continues to rain in parts of the country.

The Weather Office says you should expect more rain and possible flooding from tomorrow.

A flood warning is now in force for low lying areas near Rakiraki Town, Tavua at Nasivi and Ba at FSC.

There is a severe flood alert in force for low lying areas near major rivers in Western Viti Levu.

Please prepare and remain on high alert if you live near these major rivers in Western Viti Levu.

The Weather Office says currently water levels at all these rivers are below the flood alert threshold but with more rain expected the risk of river banks breaking and flooding is high.

Flooding is our main concern – NDMO 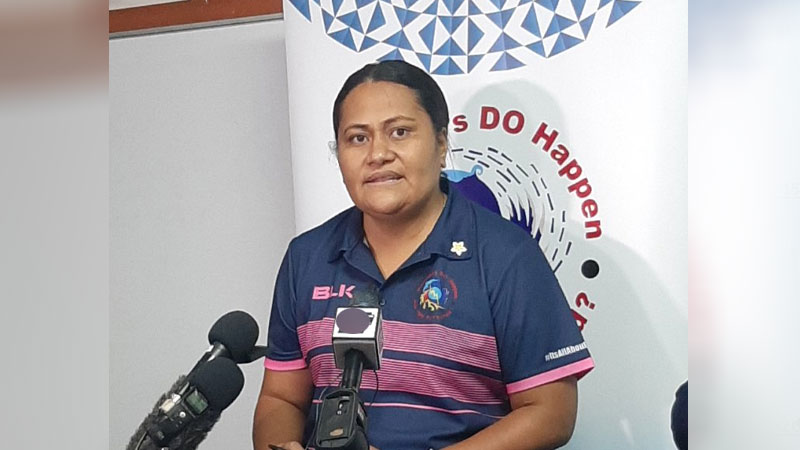 The National Disaster Management Office says they have started to receive reports of flooding in the Western Division and are asking the public to limit travel and refrain from unnecessary movement for their own safety.

NDMO Director Vasiti Soko says flooding is one of their main areas of concern.

She says data released by the Fiji Police Force between 2017 and last year show that 17 people drowned during an event of a natural disaster.

Soko adds majority of these incidents involved people being swept away by strong currents while trying to cross flooded rivers, creeks and streams during natural disasters.

She is also calling on those living in landslide-prone areas to take precautionary measures.

Soko stresses that with already highly saturated soil as a result of heavy rain in the last few days, there are also high chances of landslides occurring. 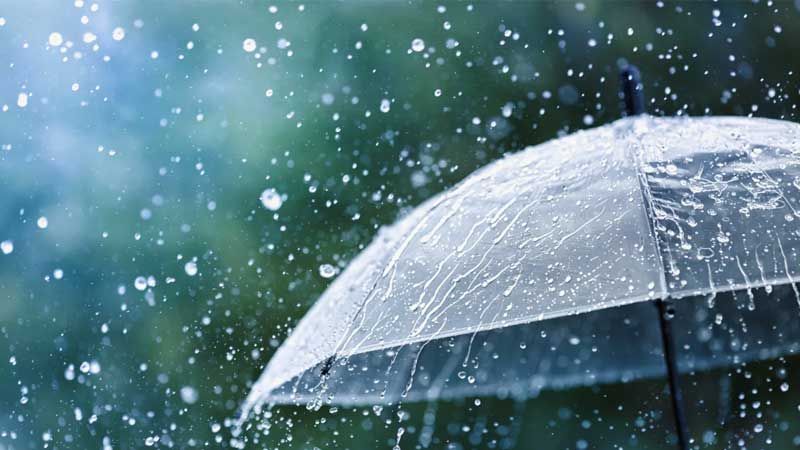 Remain on high alert and take the necessary precautions if you live in low lying and flood prone areas as more rain and possible flooding is expected from tomorrow.

The Weather Office Acting Director Terry Atalifo is saying that Tropical Disturbance 03F has a moderate to high chance of becoming a cyclone by Monday.

TD03F is moving west-southwest at 11 kilometres per hour.

This tropical disturbance is expected to be slow-moving to the southwest of Fiji till early next week due to a high-pressure system situated to the far south of Fiji.

Atalifo says if TDO3F becomes a cyclone, it will remain to the west of Fiji.

He adds they anticipate heavy rain and strong winds to affect Fiji from tomorrow to Wednesday.

Winds of this strength can cause significant damage to houses of very light materials or unshielded structures with blown roofs in exposed communities, damage power lines and disrupt communication networks, damage plants and crops, break twigs of small trees and cause disruption to travel/transport.

There is a severe flood alert in force for low lying areas near major rivers in Western Viti Levu.

⚠️FLOODING in the West🚨
Information received from our teams in the West have confirmed flooding of some roads & crossings.
📢We continue to plead with members of the public to STAY AWAY & REFRAIN from crossing these flooded areas for their own safety‼️

Please prepare and remain on high alert if you live near these major rivers in Western Viti Levu.

The Weather Office says currently water levels at all these rivers are below the flood alert threshold but with more rain expected the risk of the bank break and flooding is high.

A heavy rain warning remains in force for the Northern Division, Viti Levu, Yasawa and Mamanuca Group, Kadavu and nearby smaller islands.

An active trough of low pressure with associated clouds and rain affects the Fiji group. 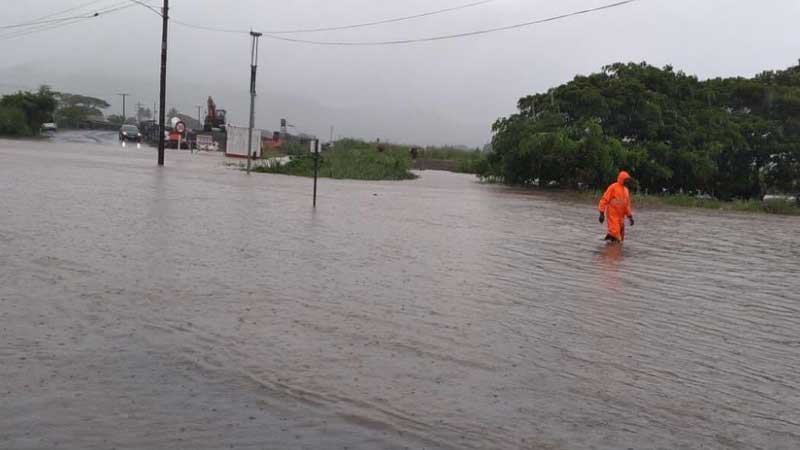 This has been confirmed by the Fiji Roads Authority.

Flood waters have also entered some shops in Tavua Town.

⚠️ Kings Road - Tavua Town is only accessible to 4WD.

GIS dashboard link below shows the status of the road network. This is a live link, please check to see if the status has changed. Link: https://t.co/kIatO1fTQc pic.twitter.com/cX41qJBSxu 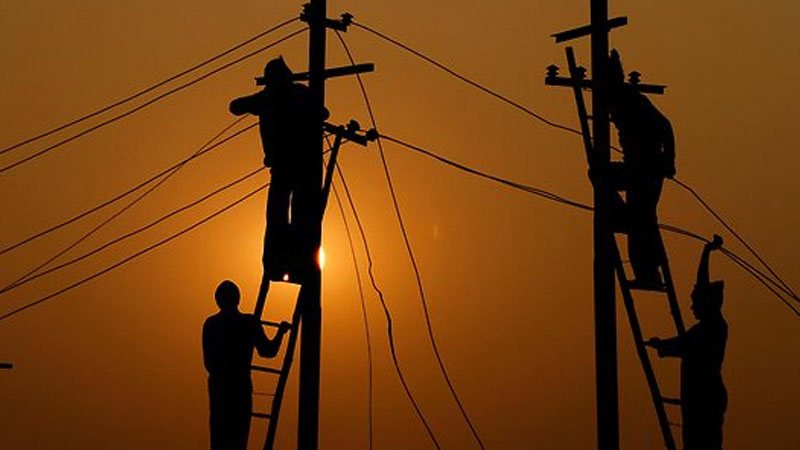 Energy Fiji Limited says their engineers are trying to establish and repair the fault that has caused an unplanned power disruption to the whole of the Western Division.

They are hoping to restore power by tonight.

EFL says they tried to restore power supply by switching on the line once again however it tripped after a short while once again.

Police will be patrolling flooded areas 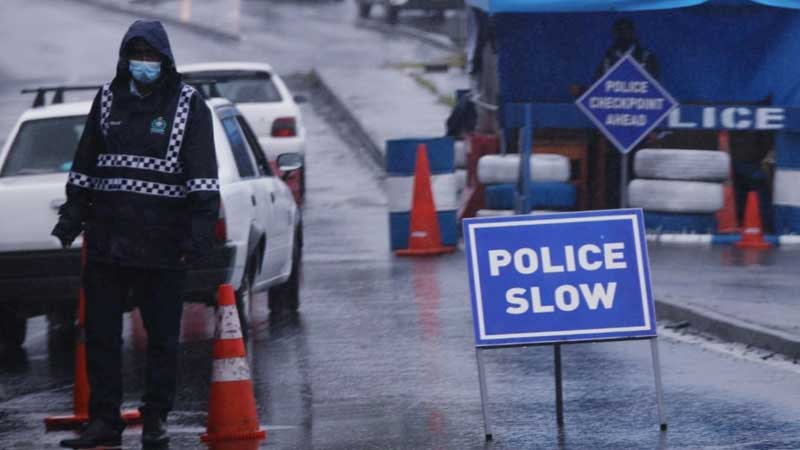 Police are calling on people living in flood-prone and low lying areas to make necessary arrangements and move to higher ground as more rain and possible flooding is expected for the next few days.

Chief Operations Officer ACP Abdul Khan is also stressing that this is the time parents need to be with their children or ensure their children are under the care of a responsible adult at all times.

He says ensure children are indoors and do not let your guard down.

ACP Khan adds their officers will be around patrolling flooded areas. 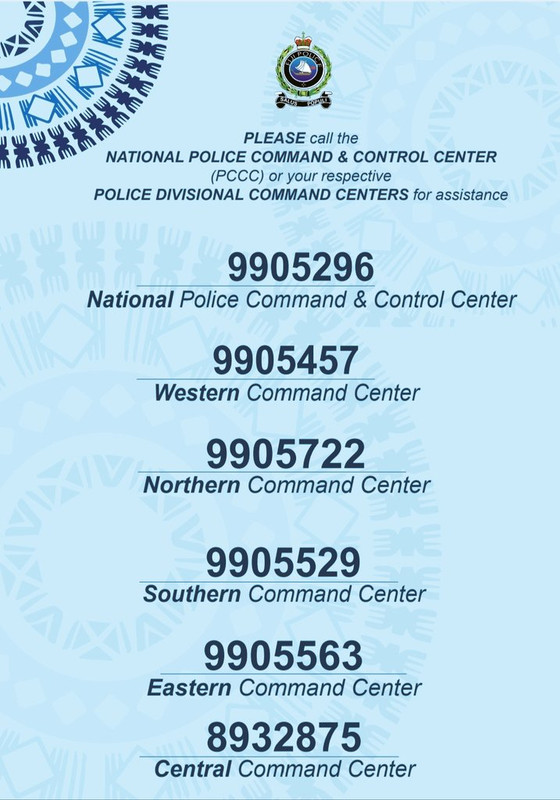