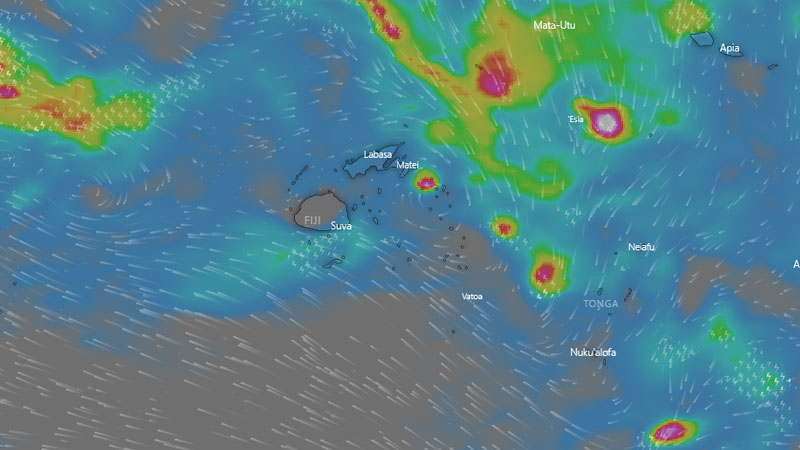 If you are living in low lying areas and areas adjacent to rivers and streams from Serua to Togalevu in Viti Levu, and Vanua Levu and surrounding areas, please be prepared as there is a flood alert for your areas.

The Nadi Weather Office also says a strong wind warning is now in force for the land areas of the Eastern half of Vanua Levu, Taveuni, nearby smaller islands and the Lau Group.

A trough of low pressure remains slow moving over the Northern parts of the group.

Meanwhile, tropical disturbance TD04F is still lingering to the North of New Caledonia. Another low is located to the East of Vanuatu.

TD04F may merge with the low near Vanuatu by mid week and possibly become a tropical cyclone as it moves East to lie between Fiji and Vanuatu later this week.

Expect strong winds from tomorrow. No significant impacts are expected from winds of these strength (50 kilometres per hour) however it may cause big trees to sway and twigs breaking off trees.

Heavy rain is anticipated over some places which may lead to flash flooding of low lying areas.

The weather is expected to worsen from Thursday.

Stay with us for the latest on weather developments.