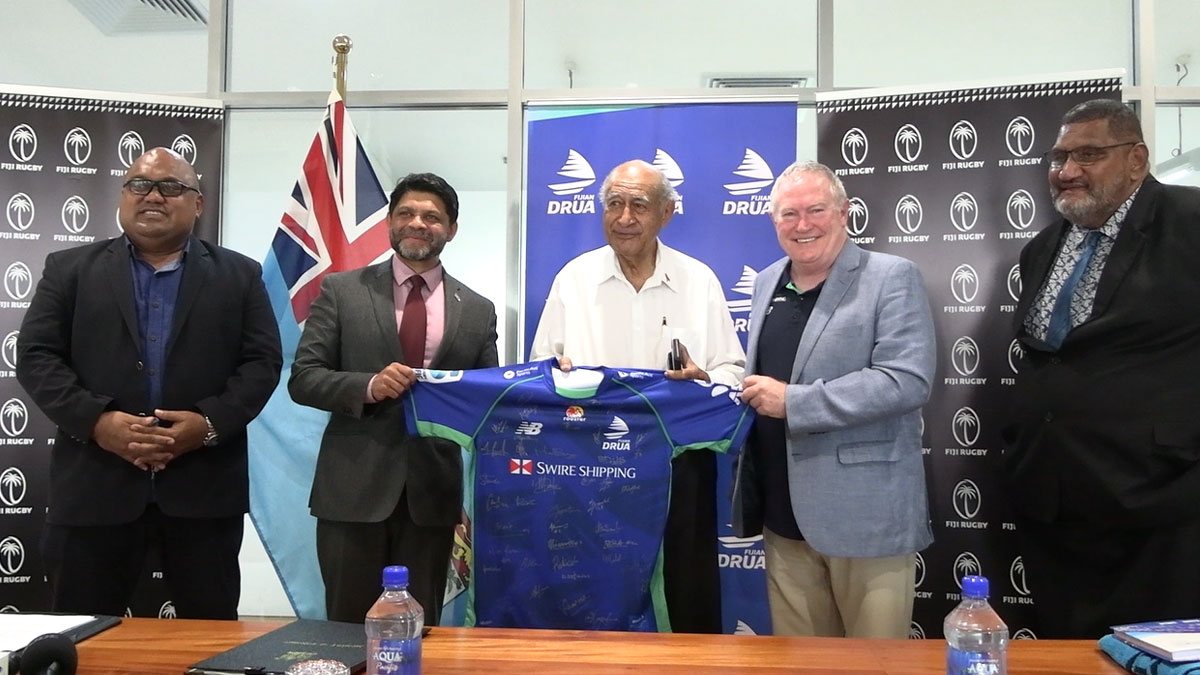 The Fijian Government today formalized their 51 percent ownership of the Fijian Drua franchise ahead of the 2023 Super Rugby Pacific.

In order to meet the New Zealand Rugby’s financial requirements, the Government has invested $6 million for 51 pecent shareholding in Counter Ruck Pte Limited which was established by the Fiji Rugby Football Union Trust Board to own and operate the Fijian Drua.

Minister for Economy, Aiyaz Sayed-Khaiyum says this is a huge investment for the Fijian Government as they will now acquire an additional 255 shares with the sum of $3 million.

Sayed-Khaiyum says they had initially paid the first $3 million in April with 255 ordinary shares at $11,764.70 per share.

Thorburn adds there is a lot of excitement for the new season following the Drua’s debut.

The Fijian Drua will now be based in Nadi and will be playing six home games.