Bainimarama says if some politicians had it their way, we would not have the planes in Fiji left to fly anyone

Bainimarama says if some politicians had it their way, we would not have the planes in Fiji left to fly anyone 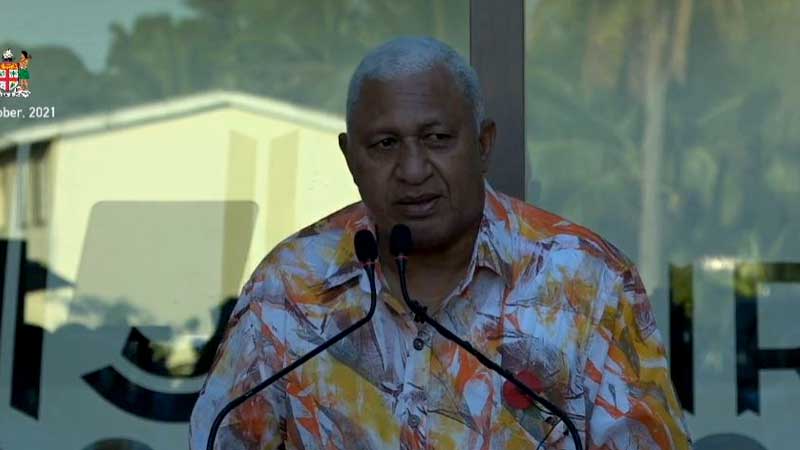 Prime Minister Voreqe Bainimarama says Fiji Airways used to spend around $14 million every year sending their pilots and cabin crew for training overseas and all that money will now be saved.

While opening the Fiji Airways Academy in Nadi, Bainimarama says through this the local economy around Nadi benefits, Fiji and the Pacific benefits and this academy is now ready to serve the nation on the cusp of a new dawn of tourism.

Bainimarama further says they plan to welcome the first flight of tourists on 1st December.

Bainimarama further says if some politicians had it their way, we would not have the planes in Fiji left to fly anyone.

The Prime Minister also says the pilots that flew the plane that brought the first crate of COVID-19 vaccines into Fiji had completed their certification at the academy and they were all local pilots.