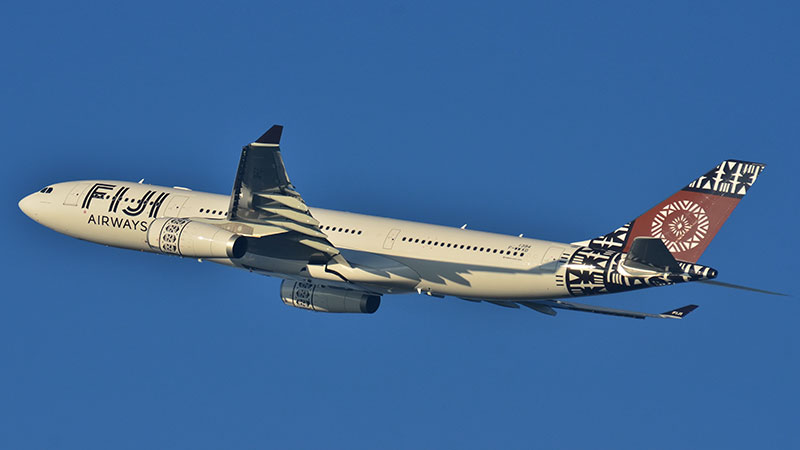 Fiji Airways is returning its two leased A330-200 aircraft, Island of Beqa and Island of Vatulele, a few months ahead of its end of lease.

The two aircraft joined Fiji Airways fleet in May and July 2018 as part of a short-term lease from the lessor.

Fiji Airways Managing Director and CEO, Andre Viljoen says the two aircraft were added to the fleet in 2018 to boost the capacity in the short-term, allowing for increase in frequency and launch of new routes like Tokyo.

He says the two returning A330-200s have been in the Fiji Airways’ parking programme since March 2020 due to the COVID-19 pandemic-driven grounding of the wider fleet.

Viljoen says since the beginning of the pandemic, they worked hard with the lessors of these aircraft to allow for an early return by a few months.

He says this was only possible because these two A330s were short-term and nearing end of lease.

The CEO says still, they will take every little win in their efforts to reduce fixed costs as they tide through this pandemic.