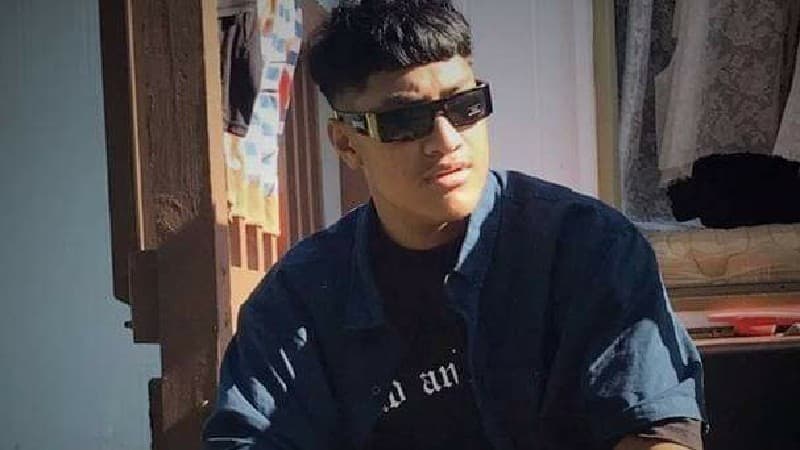 Jawsh 685 has achieved viral success with his song. Photo / Supplied

The Manurewa High School student behind one of the year's biggest viral hit songs wasn't ripped off by an international megastar, but has scored a major-label deal and is working on releasing more music.

Earlier this week, the Herald revealed that 17-year-old Joshua Nanai was the creator of Laxed (Siren Beat), a song that went viral on TikTok before being picked up by global star Jason Derulo.

Rumours have been swirling that Nanai had been hard done by and that Derulo had "stolen" the song.

Other media outlets gave credence to these rumours, quoting an Instagram story posted by Nanai in which he explains how someone had changed the code in his initial YouTube release to make it appear as if it was free.

The Herald can reveal that, in fact, Nanai is signed to the Sony Music-owned Columbia Records and is being paid for the use of his song.

Nanai told the Herald he was "feeling thankful for all of the support so far."

Nanai added that he was "focusing on all the positive things to come and getting Manurewa 67 on the map" and told his fans to "keep it loud and styla''.

Nanai, a Year 13 at Manurewa High School who goes by Jawsh 685, originally posted the song Laxed (Siren Beat) on YouTube in 2019 but it was when it hit TikTok that it truly exploded.

It soon sparked a dance craze, with users around the world dancing to the song and shouting out their own culture.

Becoming known as the Culture Dance, the trend was hopped on by some of the biggest names on the platform and sees users transform mid-song into their traditional dress.

Nanai proudly represents himself on the island-themed track, with a shoutout to the Samoan dialling code and the rallying cry of "Leeshgooo" at the start of the song.

Nanai's unique sound is drawn from the craze of playing music through siren speakers carried on cars and bikes.

Globally, the song has also amassed over 6.5 million Spotify streams worldwide and over 8 million views on the original YouTube video uploaded in July 2019.

In a sign of its viral appeal, the song also stormed Shazam charts worldwide, reaching Top 25 positions in 30 countries, including number two on the Global Shazam chart.