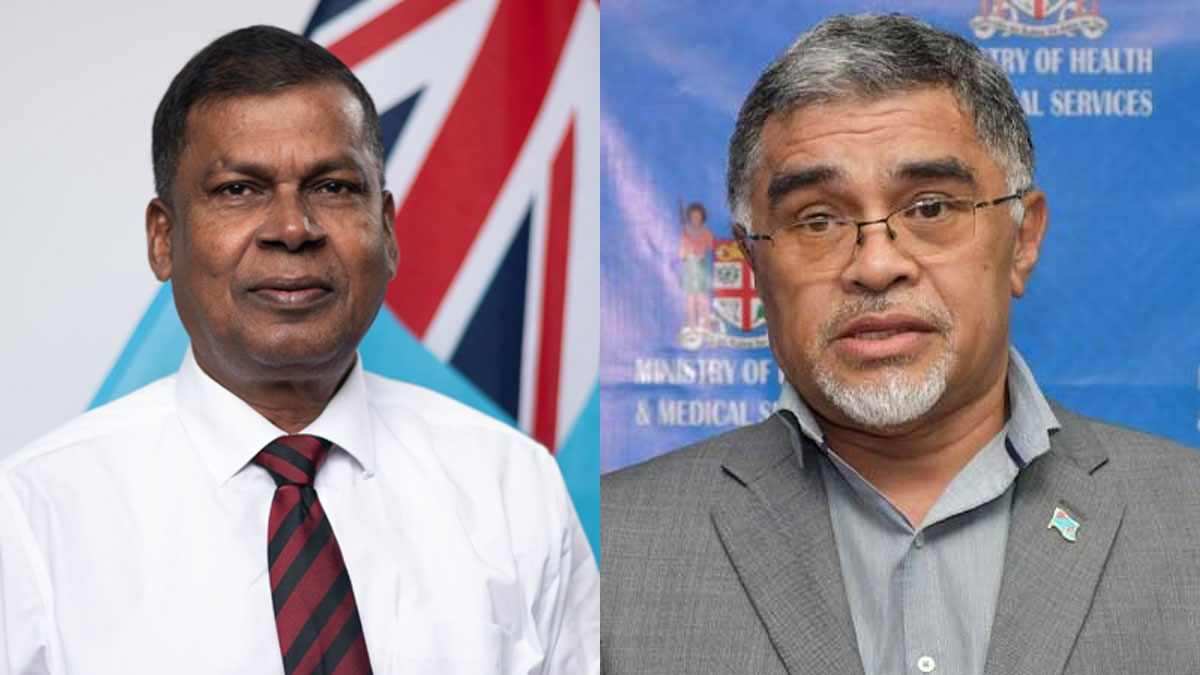 The exodus of medical staff is a global issue and not specific to Fiji, Australia, New Zealand or the United States of America.

This was stated by Permanent Secretary of Health Doctor James Fong while responding to the National Federation Party Leader Professor Biman Prasad's statement that the exodus of doctors and nurses, dysfunctional operating theatres leading to delaying of elective surgeries, malfunctioning equipment leading to outsourcing of diagnostic tests and forcing patients to get tested at private facilities shows the country’s public health and medical services and delivery is in a state of decay.

Doctor Fong says many of the developed countries have reported shortages relating to the exodus of medical staff.

He says the key factor is underlying or imminent burnout, as such many medical staff throughout the world will move what they perceive to be greener pastures and/or less stressful work conditions.

Doctor Fong says one particular survey in the USA, released by Elsevier Health predicts that up to 75% of healthcare workers will be leaving the healthcare profession by 2025.

He adds the same study discusses factors related to burn out such as work life balance and finding it too stressful to deal with families.

Doctor Fong also says this exodus in developed countries means that many of our health care workers are finding vacancies overseas that allow them new experiences and the Ministry of Health and Medical Services together with the Minister will always wish them well in their endeavours.

He also says doctors moving into private practice is a good thing for them and he shares the view of many health system experts, the broader the base through which patients can access primary health care the better will be the quality of access.

The Permanent Secretary says this is in line with the principle of private sector engagement to strengthen the public sector service, which in fact they have strengthened the function of the Fiji Medical and Dental Council specifically to ensure better oversight in this space.

He further says as he mentioned in the General Practitioners Seminar, the key to Private Public Partnership success is in strengthening the oversight capacity.

He adds they recently did a survey of nurses in Lautoka and Labasa, the vast majority preferred the 12 hour shift because it came with more continuous days off, where they work for 2 or 3 days and get 3 to 4 days off at a stretch.

Doctor Fong says there are staff shortages that entail some health workers to stay longer hours at work and he is glad that they have the overtime pay and the time of in lieu conditions that help to mitigate this.

The Permanent Secretary says there are currently 8 operating theatres working in CWM and the reason they are doing a lot of emergency surgeries is because of the backlog, which in normative services is related to the prolonged closure of normative functions.

He says he knows the clinicians have been tracking those in the backlog list for surgeries, however, he understands in some cases their communication intentions have been less than ideal.

He adds the clinicians are working on continuing to improve in this area, as much as they would like to believe the pandemic effects are over, the only thing they have mitigated is the acute illness effects.

Doctor Fong says it is important to understand that there are adverse impacts that relate to normative functions that they will continue to experience for a longer time everywhere in the world and the key to mitigating this is to facilitate universal coverage, by adding in strategic private sector engagement and strengthening their digital back bone to form the basis for sustainable action plans that include quality care improvement as an important cornerstone.

He says this requires a multi-sectorial endeavour which has been highlighted in the health statements he provides two times a week.

Meanwhile the NFP Leader says one of the reasons this is happening is because nurses and doctors are rostered to work for 12 hours per shift instead of the normal 8 hours and in densely populated areas like the Suva-Nausori corridor, it becomes intolerable when they are forced to work between 50-72 hours per week.

Professor Prasad says when in government after the elections, an urgent inquiry will be held and a national summit of all stakeholders will be convened on the deteriorating health service delivery in Fiji to collectively overcome this huge challenge.

The NFP Leader says information relayed to him that has been corroborated with multiple sources in the health and medical fraternity show how the government has been misleading Fijians.

He says it was astounding that despite the bleak reality, government could still afford to paint a rosy picture in terms of the so-called progress and achievements in the provision of both service and delivery of health and medical care in public hospitals and health centres.

He adds the fact of the matter is that the reality is startlingly different.

The Professor says they were told 25 nurses have resigned in the last two months and 50 doctors, most of which are young, have applied to the Fiji College of General Practitioners in the first 6 months of 2022.

The NFP Leader adds only 3 out of the 11 operating theatres at Colonial War Memorial Hospital are operational and only emergency surgeries are performed.

He further says all elective surgeries, which are also important, have been delayed with no time frame when the patients can be operated upon.

He also says major hospitals in the western division like Lautoka and Ba, are now managed by Aspen under the Public Private Partnership.

The NFP Leader says in Nadi, diagnostic tests, albeit it basic, aren’t done with patients referred to a well known general practitioner in private practice.

Professor Prasad also says the Attorney-General and Economy Minister’s announcement while handing down the Revised 2021-22 budget on 24th March, when he said heart surgeries would be performed at Lautoka Hospital from early May, was clearly misleading.

While delivering his speech, Minister for Economy Aiyaz Sayed-Khaiyum said from early May, open-heart surgeries would be available at the Lautoka Hospital – marking the first time in history that this procedure will be available all days of the year in Fiji.

Sayed-Khaiyum said other benefits will be added in the coming months including cardiac catheterisation, chemotherapy and renal dialysis.

He said concurrently, work was being undertaken to build a new Lautoka Hospital at the current site with no interruption to service.