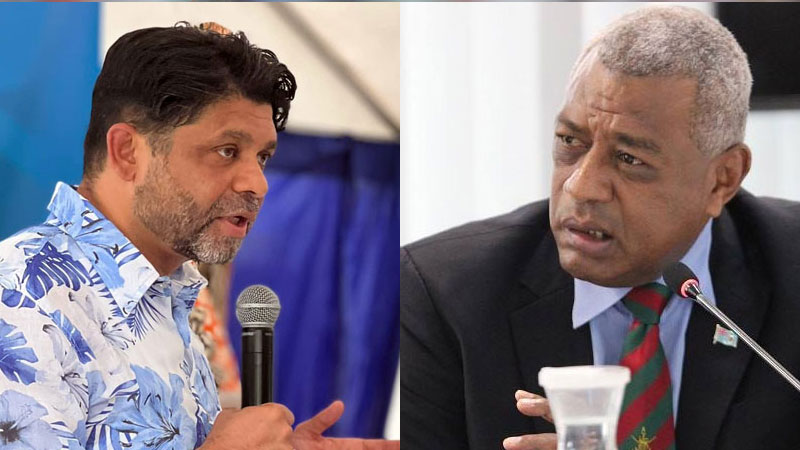 Attorney General and Minister responsible for Elections Aiyaz Sayed-Khaiyum says every single dollar collected by a candidate or a political party must be accounted for however the National Federation Party says Sayed-Khaiyum has no right to talk about strict compliance to election fundraising laws by political parties and candidates because he is the General Secretary of FijiFirst.

Sayed-Khaiyum says it was brought to their attention where people who have been announced as provisional candidates are going out doing fundraising.

Sayed-Khaiyum says some people are saying this is okay however this is not and businesses are also not supposed to contribute to political parties.

In a statement, NFP President Pio Tikoduadua says Sayed-Khaiyum blatantly ignores the fact that as General Secretary of FijiFirst, he is responsible to ensure his party and candidates strictly comply with all laws.

Tikoduadua says Sayed-Khaiyum is behaving like the laws only apply to the Opposition and not FijiFirst.

He says the Attorney General may be the Minister responsible for Elections but he cannot enforce the laws.

Tikoduadua says they know how FijiFirst accumulated millions of dollars in donations leading up to the 2018 elections and their hand-picked fundraisers are in overdrive.

The NFP President says Sayed-Khaiyum lacks the credibility and political morality to tell others how to be accountable and transparent.

Sayed-Khaiyum also says certain political parties are announcing on Facebook about doing some things but they are not saying where they will get their funding from.

He says this is a breach of the Financial Management Act.

Sayed-Khaiyum adds says they have received recordings of some people campaigning and telling lies that Government is not calling for tenders.

He says this is a breach of the law and people cannot make such allegations without having facts.

Sayed-Khaiyum says they are looking at the legal avenues available to have some corrective measures put in place.