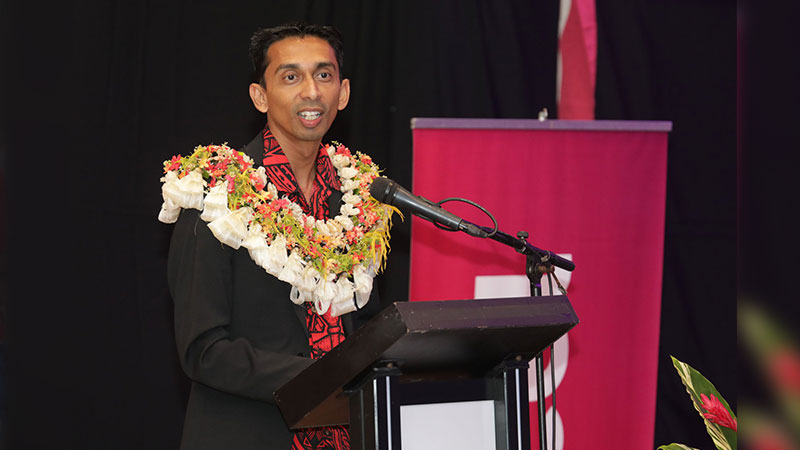 Digicel Fiji CEO Farid Mohammed says their engineers are still working to upgrade their network as part of their $30 million investment in areas where there is no coverage.

Mohammed highlighted this when questioned by LegendFM News on some complaints that have been received on the poor internet connectivity in some areas.

He says they will have to do it in phases and they will continue to monitor this as they have received overwhelming support from their All In promotion.

Mohammed adds they have had their fair share of challenges and one is the slight delay in the network upgrade as their vendors who supply their network equipment are from China.

This has delayed their rollout process, but it has not stopped. He says Digicel Fiji has invested over $100 million in the 4G and 5G networks to support offers that they bring into the market.

Mohammed says they have put the hard yards in to liberalize the telecommunication market.

The CEO had earlier highlighted that a $14 million first phase upgrade of its sites in the main centres in Suva, Nadi, Lautoka and Nausori has been completed to help improve data capacity.

He had said its first phase upgrade has also increased coverage in maritime areas and across Vanua Levu.

Mohammed had also highlighted that another $16 million will be invested into upgrading the rest of its networks to meet future demand.

A founding member of the National Federation Party and former NFP MP, Ujagar Singh has passed away in Auckland. Party Leader, Professor Biman ... 1 minute ago

The University of Otago’s Global Health Institute and Dunedin’s Mercy Hospital are supporting the establishment of a new Communicable Diseases ... 7 hours ago
More News
TOP