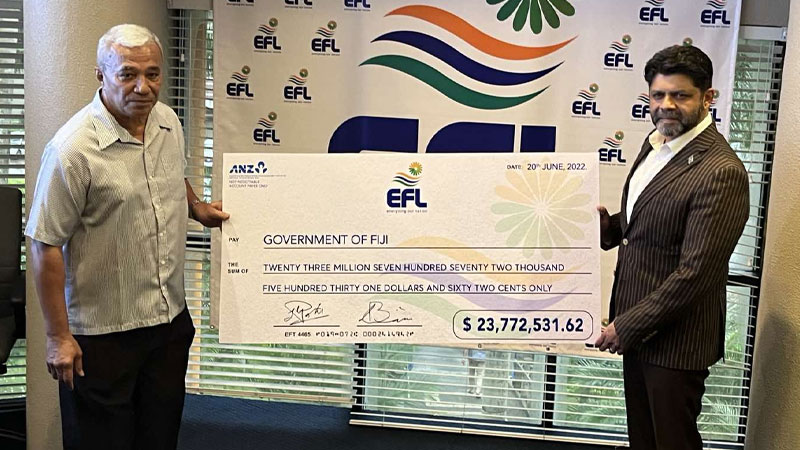 Good news for EFL employees who are below the Head of Department level, as they have received a 5 percent pay rise.

This pay rise will be backdated to January 1st 2022.

EFL CEO, Hasmukh Patel says they have taken this decision as the cost of living is increasing.

There is further good news for EFL employees as they will also share from the $2.268 million as part of their performance pay.

EFL made a record profit of $96 million before tax last year.

While speaking to the staff, Acting Prime Minister and Attorney General, Aiyaz Sayed-Khaiyum says the 5 percent pay rise is on the back of the increase in the minimum wage rate.

Sayed-Khaiyum also says EFL faces challenges such as climate change and the performance pay is a recognition of their hard work.

They also paid dividends to their shareholders.