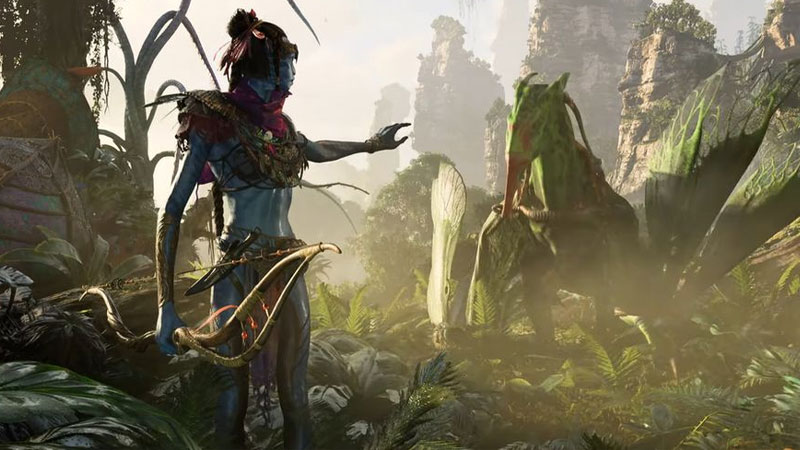 The reveal of a game based on the 2009 Avatar film was a surprise closer to Ubisoft's conference. [image: BBC]

A new game based on James Cameron's Avatar film and a fresh collaboration with Nintendo kicked off E3 2021.

Ubisoft was the first game-maker to demonstrate their upcoming games at the annual gaming show, the first in two years due to the pandemic.

It also showed off the upcoming Rainbow Six: Extraction and a new Rocksmith guitar tutor, among other titles.

But it was the surprise reveal of Avatar: Frontiers of Pandora which excited many viewers.

The partnership with the film franchise was announced in 2017 but little has been revealed about it since then.

The first-person action-adventure game was shown off through an in-engine trailer, highlighting the visuals but with few details of what the game's style would be.

Ubisoft kicked off its presentation with tactical shooter Rainbow 6 Siege: Extraction, the new name for the next entry in the Tom Clancy-inspired series.

Originally known as Rainbow Six: Quarantine, the company changed the name due to the global pandemic.

Digicel has announced the launch of Digicel Unified Collaboration as a service with Webex today. Digicel Fiji’s CEO, Farid Mohammed says they ... 16 minutes ago