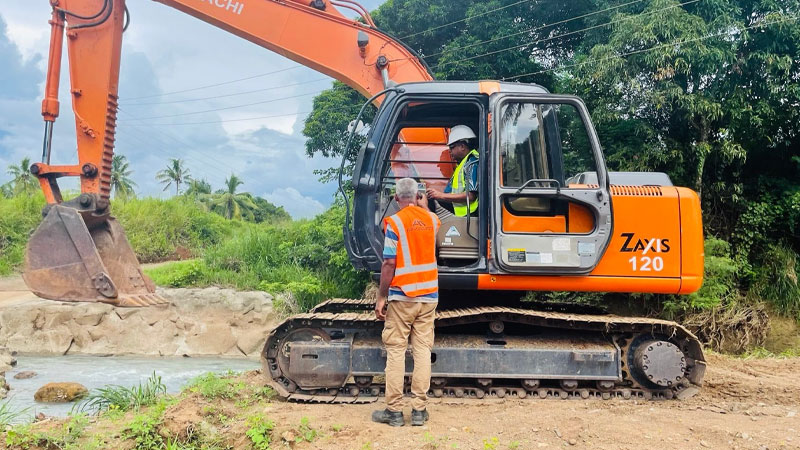 Close to 2,000 Fijians living next to the Vutuni Creek in Ba will be protected and safeguarded from flooding after the completion of the desilting works currently being carried out by the Ministry of Waterways.

8 kilometres of emergency creek desilting works is being undertaken by the Ministry of Waterways under the Public-Private Partnership agreement with Aggregate Solution Fiji.

Nailaga villager Jeremaia Tuwai says farms along the creek are constantly affected by flash flooding and they are grateful to the Ministry for assisting them in the desilting works.

Tuwai says it is a sight of relief for them and they hope that flooding will be addressed through these works.

While commissioning the desilting works, Minister for Waterways and Environment, Dr Mahendra Reddy says these works will protect a large amount of arable land from river bank erosion and will mitigate flooding on farms adjacent to the creek.

He says it will further support the commercial agriculture program through increasing agricultural activity in the community which could bring economic benefit to the area.

Reddy says during desilting works, silt and sediments that have built up within river channels are removed, restoring the river's capacity without making the river wider or deeper.

He further says the desilting work is not just intended to protect households from flooding, but also roads, schools, arable land, and infrastructure adjacent to the creek.