Descendants of Girmityas will always be indebted to the Vanua of Noco for courage, care & concern in saving our ancestors – Kiran

Descendants of Girmityas will always be indebted to the Vanua of Noco for courage, care & concern in saving our ancestors – Kiran 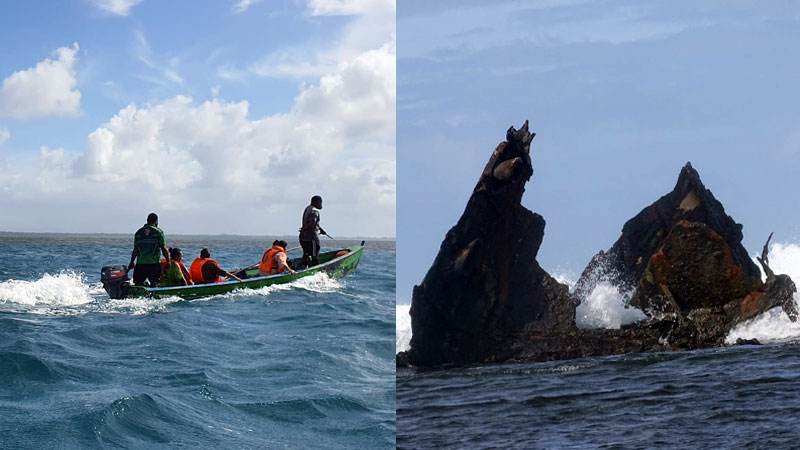 Villagers of Naivilaca in Noco, Rewa and the descendants of the Girmityas yesterday commemorated the rescue mission of Bure Noco when the ship Syria, carrying indentured labourers, was wrecked on Nasilai Reef on the 11th of May 1884.

A church service was held to mark Girmit Day and the people of Noco organised a trip to visit the site.

Founder and CEO of FRIEND Fiji Sashi Kiran says the descendants of Girmityas will always be indebted to the Vanua of Noco for courage, care and concern in saving her ancestors and for the burial of those who lost their lives.

She says the pieces of corroding iron near the lighthouse reminded them of the tragedy that befell the ship.

She says the mishap was discovered a day later by the fishermen of Naivilaca and with the blessing of the chief at that time, the late Ratu Sauvoli of Bure Noco, traditional boats started carrying those stranded to the villages.

She says over the past century the people of Naivilaca have been rostered to clean and look after the graves in Waiwai now getting submerged in water due to climate change.

Kiran says those who were laid to rest there, never laid a foot on Fiji despite their arduous journey in over crowded boats yet they claimed a small part of the chiefly burial ground.

The marginalized, at risk and poor in the community will now be able to get much needed support through the opening of DHIVE Community Centre in Marti... 51 minutes ago
LATEST NEWS