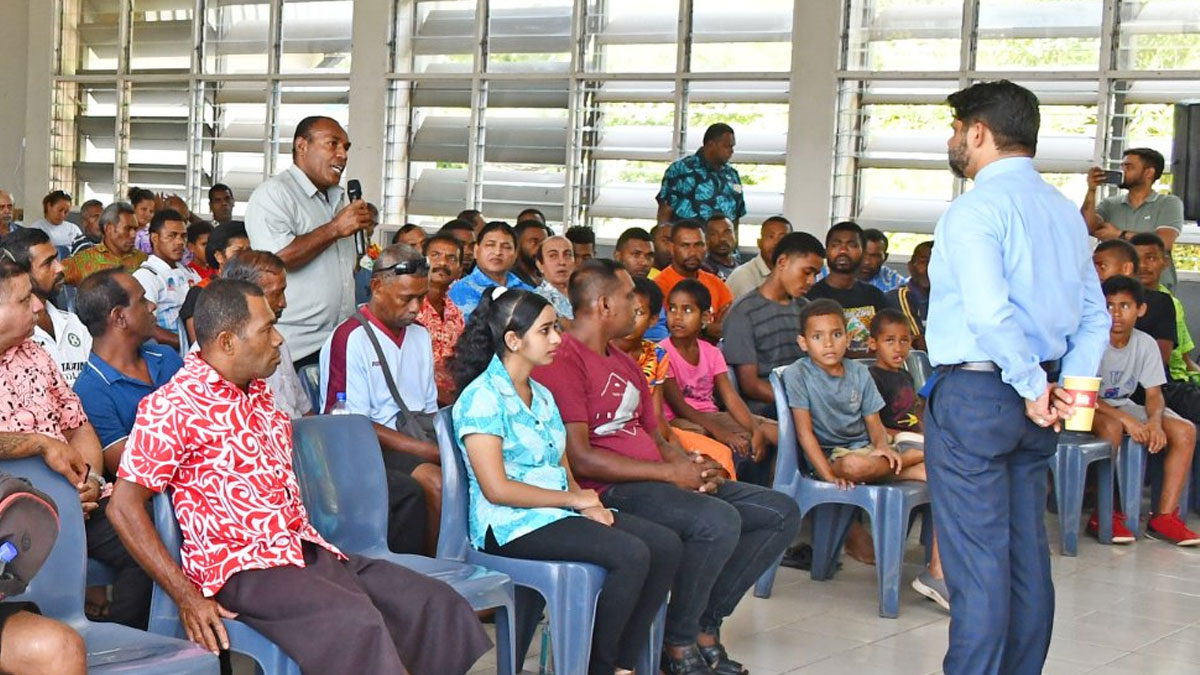 A request has been made by a villager of Koromakawa in the district of Wairiki for their road to be fixed as around 40 children from the village have to walk 4 to 5 kilometres every morning to reach their school.

While speaking during the National Budget consultation, the man told the Minister for Economy, Aiyaz Sayed-Khaiyum that they are receiving complaints from teachers that children get fatigued and are sleeping in the classrooms as they have to walk many kilometres to reach school.

He says children have to wake up at 5.30 in the morning.

He says rural service licence vehicles are not able to pick children from the village due to bad road conditions.

The villager also told Sayed-Khaiyum that two mothers gave birth while on their way to the hospital due to the deteriorated state of the road.

The man has also requested the Government for a police post to be built in Korotari, Labasa following the death of a man on the 5th of last month.

The villager told Sayed-Khaiyum that Korotari is a picnic area and drug cases have also been reported.

He says they are requesting if this area could be made safe for people who are coming for a picnic.

Sayed-Khaiyum has thanked the man for bringing up these issues and asked him to provide all the details and his contact to his team.

Olivia Newton-John, the Australian singer whose voice and wholesome beauty made her one of the biggest pop stars of the '70s and charmed generations ... 23 minutes ago