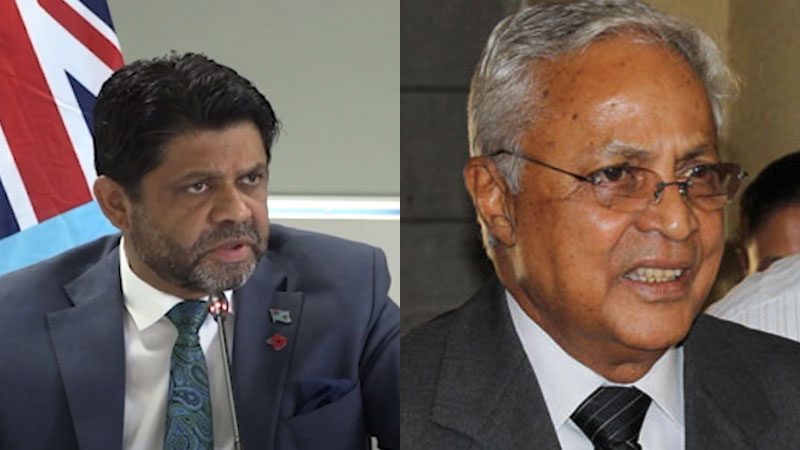 Fiji Labour Party Leader Mahendra Chaudhry is calling on Acting Commissioner of Police, Rusiate Tudravu to come clean on the investigations concerning the alleged involvement of Attorney General Aiyaz Sayed-Khaiyum in a bombing incident in 1987 which resulted in the death of a woman.

Chaudhry says if the investigations were being thoroughly conducted in the first place, why then was the file returned by the DPP for further investigations.

He says a period of 5 months is more than long enough for a conclusion to have been reached.

Acting Police Commissioner Tudravu has already given an assurance that investigations will be conducted thoroughly in relation to the complaint against Sayed-Khaiyum.

Chaudhry has again called for Sayed-Khaiyum to step down pending the outcome of the investigations.

He adds one would also expect a statement from the Prime Minister's Office on a criminal investigation involving his senior minister.

We have sent questions to Police Spokesperson, Ana Naisoro and Aiyaz Sayed-Khaiyum.