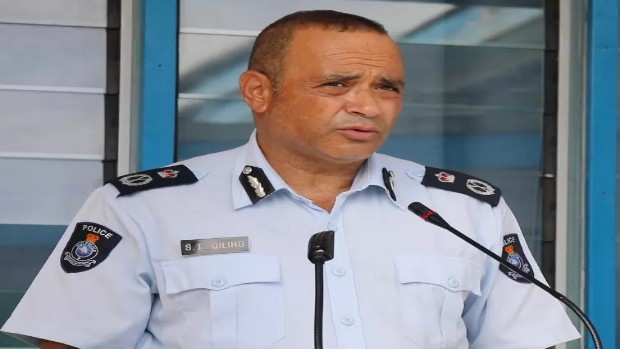 Police Commissioner, Sitiveni Qiliho says people should call Police immediately if they witness people not practising physical distancing, are breaching the curfew restrictions, or are having large grog sessions or drinking parties.

The call is made to every Fijian to ensure that every fellow citizen of this nation is doing the right thing and not breaching the physical distancing instruction, nationwide curfew and lockdown restrictions in Suva, Lautoka and Soasoa.

Fijivillage has noticed many people loitering around in groups in the day and several arrests have been made during the curfew period at night and early in the morning.

There are serious concerns over some people still not adhering to the directives to help save lives.

Several groups of people were loitering around in the capital city yesterday despite repeated warnings.

Qiliho says he has informed the Central Division Command Centre about the CBD loiterers and they have started taking in some of them for questioning.

He says officers have been directed to arrest people found loitering in public places outside of the nationwide curfew hours.

The Commissioner says he has also issued the directive to the five Divisional Police Commanders to arrest and charge people for loitering outside the curfew hours of 8pm to 5am.

Qiliho says every person in Fiji should act as if anyone, anywhere could be a carrier of COVID-19, and for everyone to recognise that they have a role to play in defeating this virus.

Meanwhile many police officers who are battling the invisible threat of COVID-19 and are stationed at 101 checkpoints and at the borders of Suva and Lautoka lockdown areas, had their Palm Sunday services at the checkpoints today.

It was an emotional service as the officers were thanked for putting their lives at risk at this time - a day to especially remember the children according to the biblical calendar with one week away from Easter.