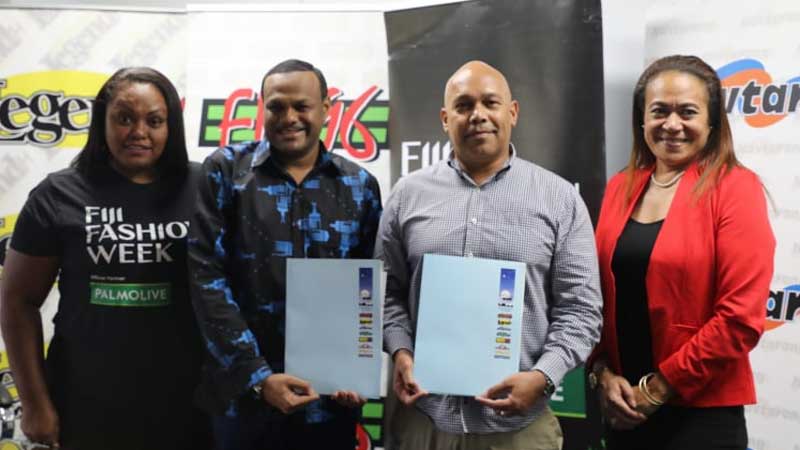 CFL General Manager Charles Taylor (2nd from R) says the partnership with Fiji Fashion Week goes back since its inception.

CFL General Manager Charles Taylor says the partnership with Fiji Fashion Week goes back since its inception because they believe in the show and the designers as well as the initiative behind the show.

He says they have always tried to make the show better and that is also the plan this year.

Fiji Fashion Week Managing Director Ellen Whippy-Knight says the partnership with CFL has helped them showcase the talents of Fiji and the Pacific to the world for so many years now.

She says it is a crucial partnership which they hold dear.

Whippy-Knight adds in a world dominated by phones, tablets and computers, radio still has the widest audience and the ability to reach the people who are unable to access the internet.

The 2021 Fiji Fashion Week will be held from the 24th to the 29th of May at the Vodafone Arena.

Digicel has announced the launch of Digicel Unified Collaboration as a service with Webex today. Digicel Fiji’s CEO, Farid Mohammed says they ... 29 minutes ago