Boxing aims to win medals for Fiji in the Commonwealth Games

Boxing aims to win medals for Fiji in the Commonwealth Games 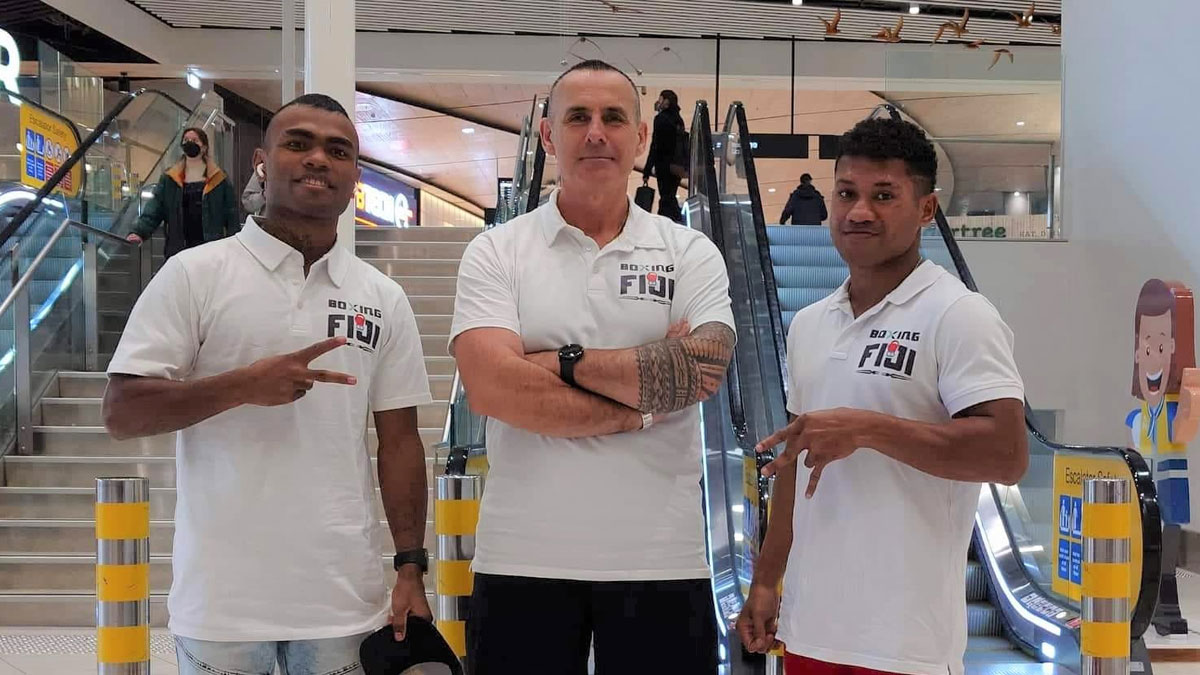 Team Fiji’s medal hopes may be centered on the Men’s and Women’s 7s teams but our boxing team are also aiming to secure medals in their respective events in the Commonwealth Games.

Jone Koroilagilagi who is fighting in the featherweight and Elia Rokobuli in the lightweight division have been training hard under the watchful eyes of New Zealand trainer Cameron Todd.

Fiji Boxing last won bronze through Winston Hill in the 2018 meet at the Gold Coast while Sani Fine won gold in 1982 after defeating Uganda’s Jonathan Kirisa in the light heavyweight division.

Koroilagilagi won the King of the Ring competition in Sydney in 2019 where he trained under the great Johnny Lewis.

He also won a silver medal at the 2019 Pacific Games in Apia, Samoa.

Meanwhile, Rokobuli who hails from Namuka-i-Lau, has been involved in the sport for the past six years. He represented Fiji at the 2019 Pacific Games, where he won a bronze medal.

Rokobuli will be fighting at 6.15pm tomorrow.

Looking at the games tonight, the Fijiana 7s team will face Scotland in their first match at 8.22 tonight, they will meet South Africa in their second match at 4.30am tomorrow before they face Australia at 8.22pm tomorrow.

The Fiji Men's 7s first match is against Zambia at 12.02am tomorrow, then they will meet Canada at 8.32am before they play Wales in their final pool match at 12.02am Sunday.

You can download the fijivillage app and listen to commentaries on the live radio option on Viti FM.