Clarke dedicates game to grandad who died hours before kickoff

Clarke dedicates game to grandad who died hours before kickoff 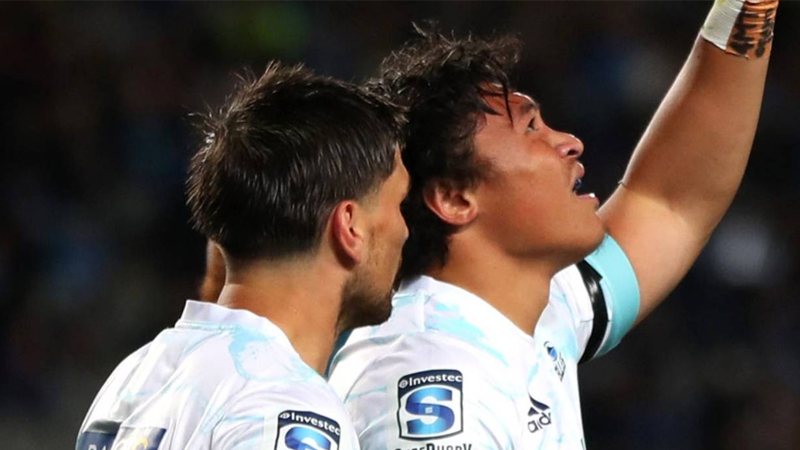 Blues wing Caleb Clarke dedicates his try to his grandfather who passed away just hours before the Super Rugby Aotearoa match in Auckland. [Image: Stuff.co]

Blues star Caleb Clarke choked back the tears as he spoke about his grandfather dying just hours before his Blues side beat the Highlanders 27-24 in Auckland last night.

Left-wing Clarke, who struggled to keep his emotions in check prior to kick-off at Eden Park, also pointed to the sky in memory of his grandad when he scored the first try of the Super Rugby Aotearoa match in the sixth minute.

When interviewed by Sky Sport after the game Clarke revealed he came close to pulling out of the fixture, explaining how difficult it was to focus on rugby after he had received the devastating news.

Clarke was in scintillating form in the first half.

After scoring his try he embarked on a powerful run, which started when he chopped off his left foot to wrong-foot a Highlanders defender, that led to the try scored by Rieko Ioane in the 28th minute.

The Blues have won all three of their matches.

Meanwhile, the Crusaders will face the Chiefs at 3.35pm today.