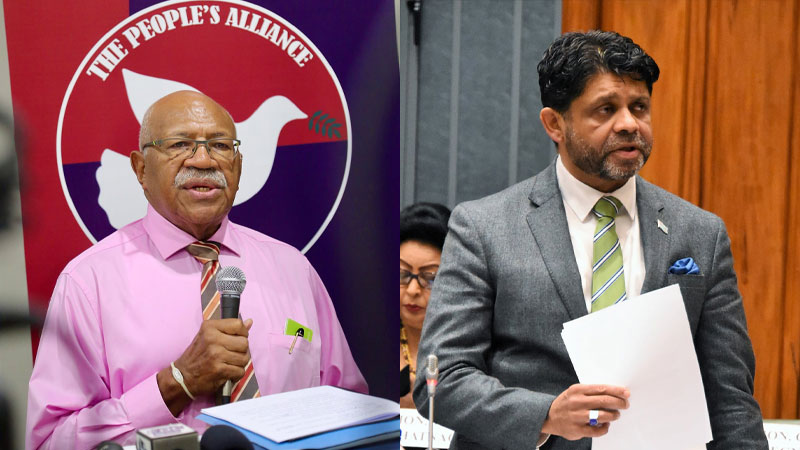 People’s Alliance Leader Sitiveni Rabuka says the avoidance of dual citizenship after the 1987 coup was a strategy to address political disturbances from those that had angrily left Fiji to continue their fight from overseas.

Rabuka says they knew at the time, that money was raised and weapons were bought to destabilize the post-1987 coup efforts to return Fiji to democratic parliamentary rule.

He has stated this after Attorney General, Aiyaz Sayed-Khaiyum said in parliament that it was Rabuka who removed dual citizenship after the 1987 coup. Sayed-Khaiyum also said that many former Fiji citizens who had lost their citizenship have now returned to Fiji.

Sayed-Khaiyum says before the 1987 coup, a person could be a Fijian citizen and a citizen of another country.

Sayed-Khaiyum then said that multiple citizenship was introduced under the Bainimarama government and former Fijians have now returned and built houses and shops in the Western and Northern Divisions.

He further said some of these people do not necessarily live in Fiji on a full-time basis nonetheless they have invested in Fiji.

Sayed-Khaiyum had also said that under the SVT government when Rabuka was the Prime Minister, people who had run away from the law of other countries were granted citizenship within six months in Fiji and this undermined the value of Fijian citizenship.

He says now if a person wants to stay and invest in Fiji, they need to prove their mettle where they have to stay here for 15 years.

While responding to Sayed-Khaiyum’s comments in parliament, Rabuka says the Attorney General’s pathetic fear-mongering by digging way back into 1987 on citizenship issues show the desperation and fears of a small mean minded person, willing to twist information to cling onto power.

Rabuka says Sayed-Khaiyum’s wild and unsubstantiated claim on people fleeing the law from other countries and given citizenship within six months under the SVT government, is not only embarrassing, but it also dishonours and brings disrepute to the office of the Attorney General.

Rabuka says he remains confident in the people’s ability to discern lies from truth and when information is deliberately twisted to create a climate of fear, to benefit pathetic fear-mongers like Sayed-Khaiyum.