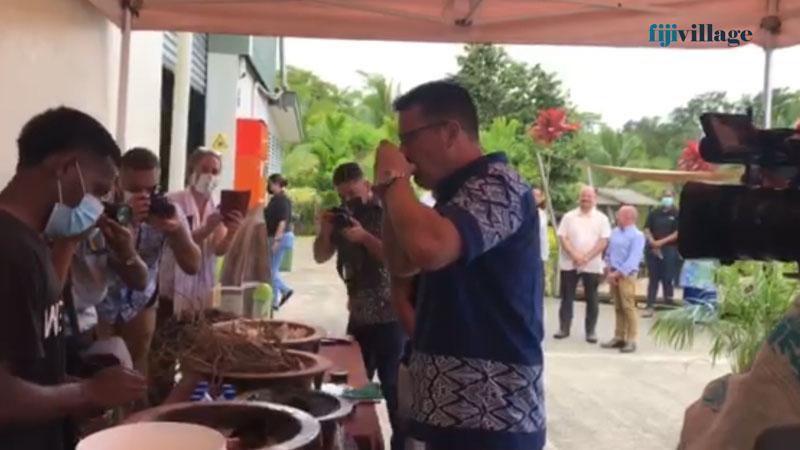 The new Lami Kava Wash Bay and Grading Facility has been opened which is part of the company’s new green kava processing method that ensures the freshness and quality of kava is maintained from the farm to finished gate.

While speaking at the opening, Australian Minister for International Development and Pacific, Senator Zed Seselja says Australia could be a key market for Lami Kava as Australia will be trialling the commercial importation of kava from 1st December.

Seselja says with travel resuming soon, the increase in people personally taking a maximum of 4kg of kava will be more meaningful.

Lami Kava Managing Director Donny Yee says with the new facility their factory output has increased and normal volumes that initially took up to 3 days for washing can now be completed in under 3 hours.

Yee says the current business model allows Lami Kava to increase its supply base and buy more kava from the farmers.

This project has been done in partnership with PHAMA Plus and with support from Australia and New Zealand.