We were inspired by our mothers – Fuzz and Arrnott

We were inspired by our mothers – Fuzz and Arrnott 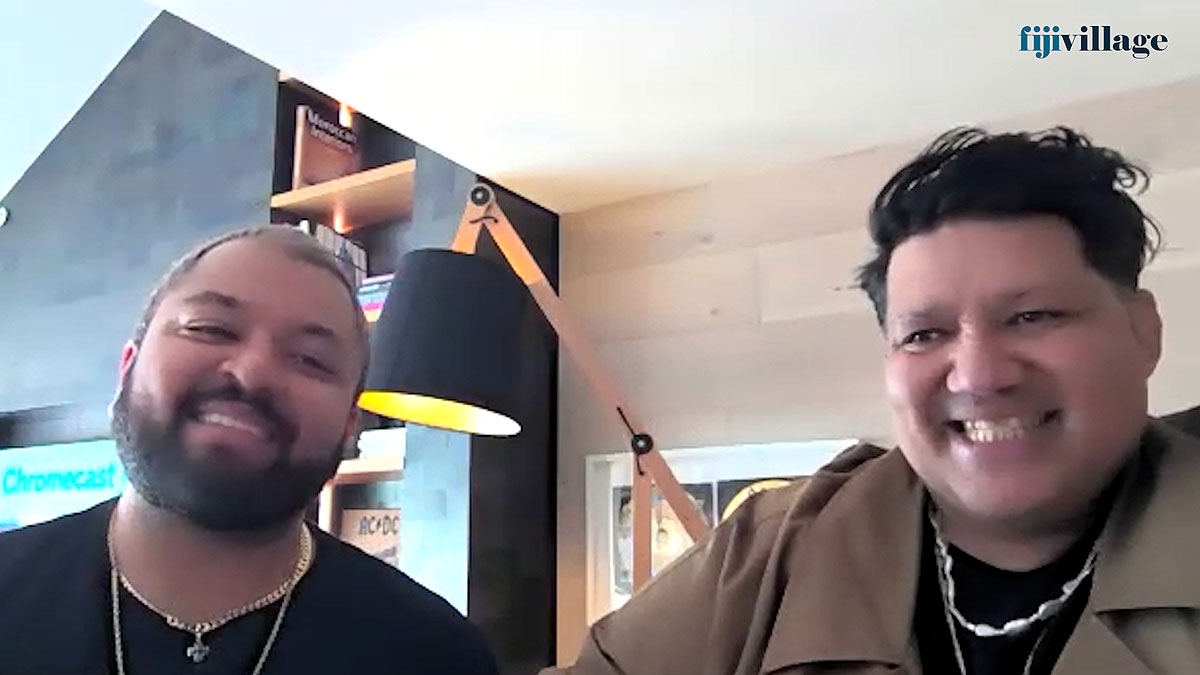 Fuzz Ali and Arrnott Olssen during their interview with fijivillage.

Upon applying for Australian cooking show, My Kitchen Rules, teammates who have links to Fiji, Arrnott Olssen and Fuzz Ali had already decided that they needed to promote Fiji through Fijian food.

When asked on who inspired them, they both agreed that their mothers were very central to their lives.

Fuzz says mothers in our culture are the centre of our home, who we go to for comfort, even in the traditional sense of healing, to be recuperated, and that mothers play a huge role in making you who you are.

Arrnott who lost his mother a few years ago agreed that his late mother was his greatest inspiration.

Speaking to fijivilage, Ali said while it was hard to get all their ingredients sourced because of the preparation time given to them, they managed to make do with what they could get.

My Kitchen Rules has been running since 2010 on the 7 Network, where you have to transform an ordinary home into an instant restaurant complete with theme and table decorations for one pressure-cooker night.

Arrnott says they did the show to encourage other Fijians and to put Fiji on the map.

Although they couldn’t talk much about what happens on MKR, they had quite a laugh about things like Fuzz having to scrape 10 coconuts during one shoot.

The new season of My Kitchen Rules drops this Sunday 7th August, at 7pm, on Channel 7.