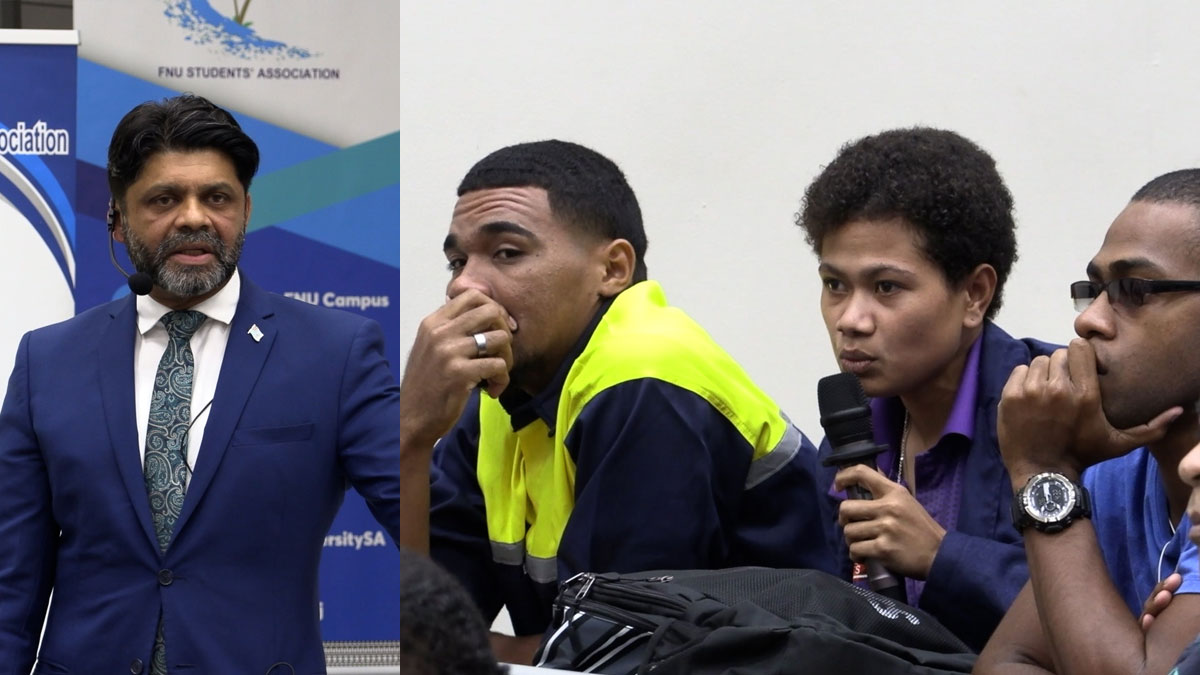 A FNU student has asked if the apprentices fall under the recent increase in minimum wage and whether they will get the minimum wage of $4 an hour.

The student raised the issue during a budget consultation with the Acting Prime Minister and Minister for Economy, Aiyaz Sayed-Khaiyum.

She had also asked Sayed-Khaiyum if the apprentice scheme can lower the bar a bit for students who cannot make it academically but can succeed in the field.

The Acting Prime Minister says apprentices receive wages which are already gazetted and some of the gazetted amounts are subsidised.

He further says an example is the garment industry where they have a wage that is slightly lower because they hire people who do not know anything.

Sayed-Khaiyum says for the first three months when they train them, the wage is slightly lower but after three months the wages increase.

He adds they also do not want people dropping out in Form 3 and there has to be a particular level of numeracy, literacy and skill-sets.

Sayed-Khaiyum will deliver the National Budget on the 15th of next month.