All Blacks silence critics with 35-23 victory over Springboks

All Blacks silence critics with 35-23 victory over Springboks 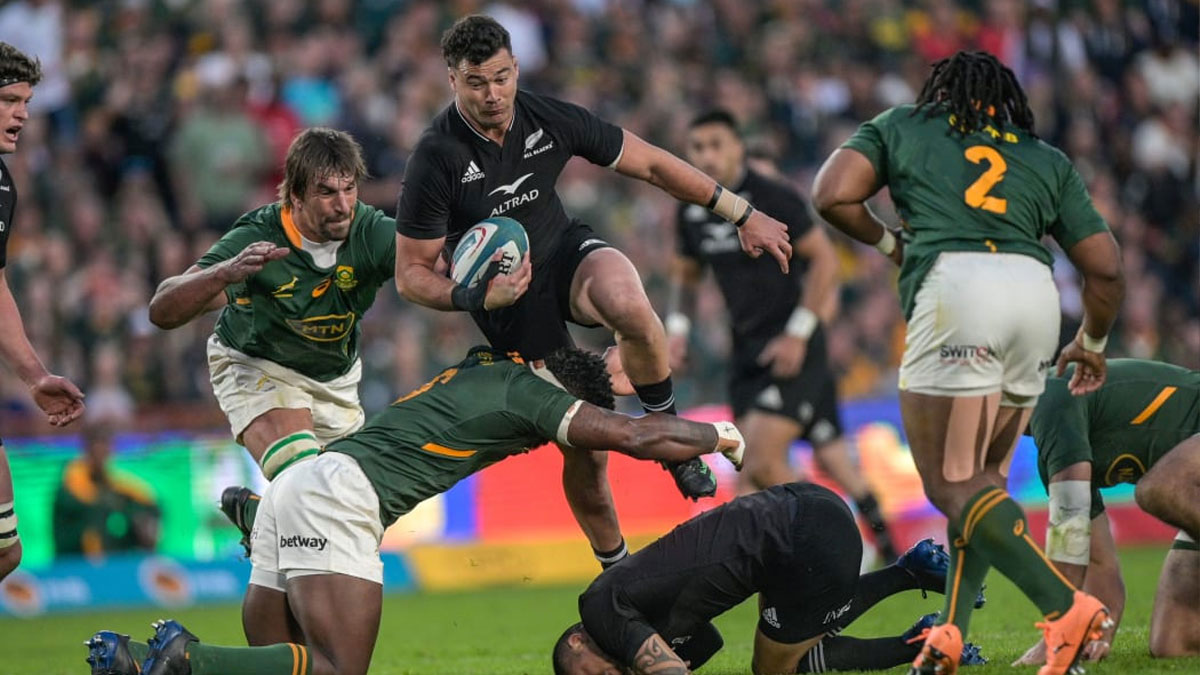 Centre David Havili and lock Scott Barrett scored late tries as the All Blacks eased the pressure on coach Ian Foster with a superb 35-23 victory over South Africa in their Rugby Championship clash at Ellis Park.

Captain Sam Cane and hooker Samisoni Taukei'aho also scored tries as the All Blacks silenced the 61,519 crowd to claim what will be viewed as a famous win having lost five of their previous six tests.

The Springboks were not as clinical as they had been in the 26-10 victory over the visitors the previous week as they scored tries through sublime centre Lukhanyo Am and winger Makazole Mapimpi, but faced opponents who were vastly improved.

New Zealand will now prepare to host Argentina in their next Rugby Championship clash on 27th August, while the Boks travel to play Australia on the same day.

The All Blacks were better in the scrum, breakdown and under the high ball, all areas they had struggled in seven days ago.

Cane says adversity really challenges the character and this group has that.

He says they were a lot better at the breakdown and dealt with the contestables better.