Tabuya asks what happens with committees having treasurers

Tabuya asks what happens with committees having treasurers 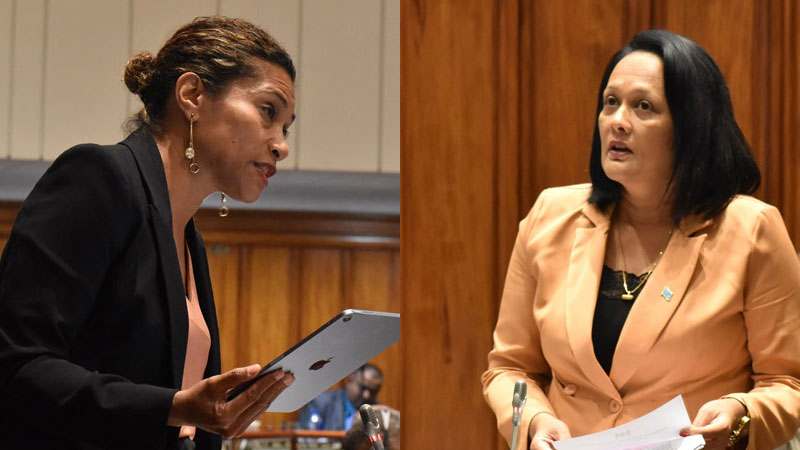 Education Minister Rosy Akbar says Heads of Schools are the principal signatories when it comes to the managing of the Free Education Grant, and that has been done to ensure they have a civil servant in charge of managing the grant as they can be held more accountable.

While speaking in Parliament, Akbar says previously they had the school managers as the principal signatories but the Ministry cannot hold them accountable for Government funds.

She says some individuals were acquitted because they were not civil servants.

Akbar says the schools must also update the number of students they have in the Fijian Education Management Information Systemor FEMIS, and the Free Education Grant is released.

She says even with the schools closed, 30 percent of the grant has been released so that utilities and ancillary staff continue to be paid and minor maintenance work continue to be done.

Akbar also says worksheets are not compulsory for students but the school heads have been advised that should parents contact them, they are responsible to provide the worksheets at the cost of the school.

She stresses that the school committee does not have to pay for the printing of the worksheets.

The Education Minister says all students have textbooks and students can use it as resource material.

Akbar made the comments after concerns raised by SODELPA MP, Lynda Tabuya.

Tabuya says the biggest complaint is the lateness of the receipt of the Free Education Grant.

She says an example from last year is a school receiving a grant way into the school holidays after term 3. Tabuya says luckily that was a committee-run school so they had some reserve funds.

Tabuya also raised the question on how the management of the funds work as a School Management Committee has a Treasurer while a school head on the committee is to be an advisor to the committee and does not have voting rights.

However, she says the School Management Handbook has made the Principal or the Headteacher the principal signatory to the accounts of the school.

The new Indian High Commissioner to Fiji, Palaniswamy Subramanyan Karthigeyan met with former Prime Minister and Leader of the People's Alliance ... 5 minutes ago

Prime Minister Voreqe Bainimarama has highlighted that the Moderna vaccine is first being administered to 15 to 17-year-olds who are nearing the end ... 13 minutes ago

The Interpretation Amendment Bill 2021 will be debated in parliament this Wednesday. Attorney General, Aiyaz Sayed-Khaiyum says this bill has been ... 15 minutes ago