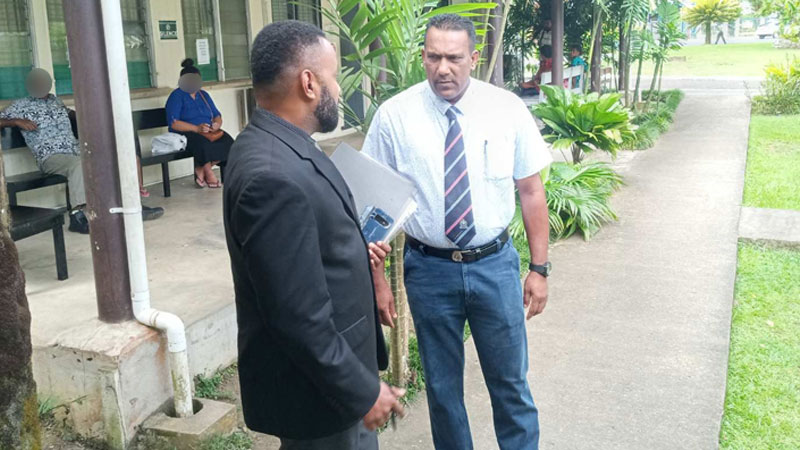 Mohammed Talib Khan in white shirt with his lawyer.

Police Director Internal Affairs, Acting Senior Superintendent of Police Mohammed Talib Khan has been acquitted of his charge by the Suva Magistrates Court.

Suva Magistrate Liyanage Wickramasekara has ruled that Khan has no case to answer.

He was charged with abuse of office.

It was alleged that on 13th April 2017 in Suva, Khan directed the unlawful arrest and detention of a person, in abuse of the authority of his office and which was an arbitrary act.