We will talk to Bibi - Police

We will talk to Bibi - Police 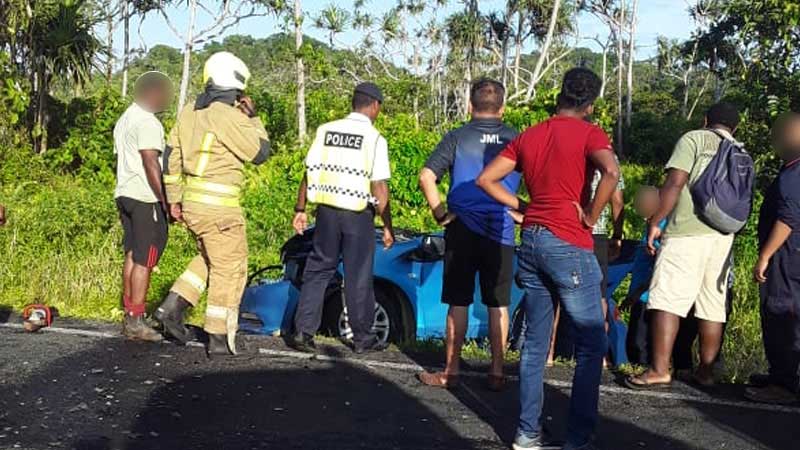 An accident victim is calling on Police to provide immediate assistance to her by releasing their report of a horrific accident that occurred in Navua on November 10th last year however Police are saying they released a report to her earlier this month.

Shabnam Bibi contacted Fijivillage today and raised serious concerns that she is being given the run around by Police despite several attempts to get the Police report on who was allegedly at fault in the accident.

Bibi says she desperately needs the report as she lost her mum in the accident, and others in the vehicle including her, also suffered multiple injuries.

We have contacted Police and raised the question on why Bibi is not being given the report. Police spokesperson, Savaira Tabua says they had released a report to Bibi on the 5th of January this year however they will talk to her on the questions she has been raising.

Two women died in the road accident in Navua.

Police had earlier said that the women were passengers in separate vehicles that were involved in a head-on collision near Naimelimeli.

Bibi says her mother is the 60-year-old woman who had died at the hospital.

The second woman was a passenger in a vehicle driven by a man in his 20s who is alleged to have overtaken a number of vehicles at one time when it hit the oncoming vehicle resulting in the unfortunate accident.