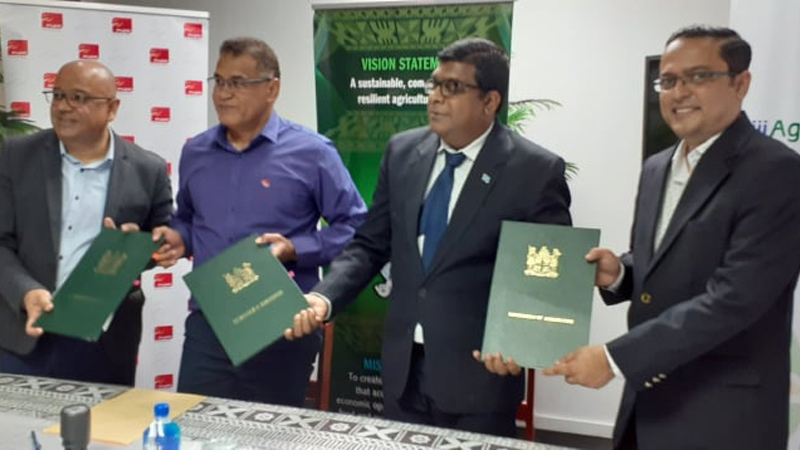 The Ministry of Agriculture and the Agriculture Marketing Authority has today signed a Memorandum of Understanding with the Fiji National Provident Fund where they will be facilitating farmers to become voluntary members of the Fund and assist them to make their payments.

FNPF CEO, Jaoji Koroi says this partnership will see farmers build up savings for their financial security in the future.

He says farmers will be able to benefit from the schemes provided by the Fund.

Koroi adds the minimum amount for a voluntary member to pay is $10 a month and their membership will not be removed if they are unable to make those payments.

Agriculture Marketing Authority CEO Alvin Sharma says they have formally started visiting farmers throughout the country and some applications have been given to the Fund.

He adds the true success of this partnership will be known when farmers become members of the Fund.

Minister for Agriculture, Doctor Mahendra Reddy says farmers over the age of 55 may not be productive and not have social security but will now be able to benefit from FNPF schemes when they become a member.