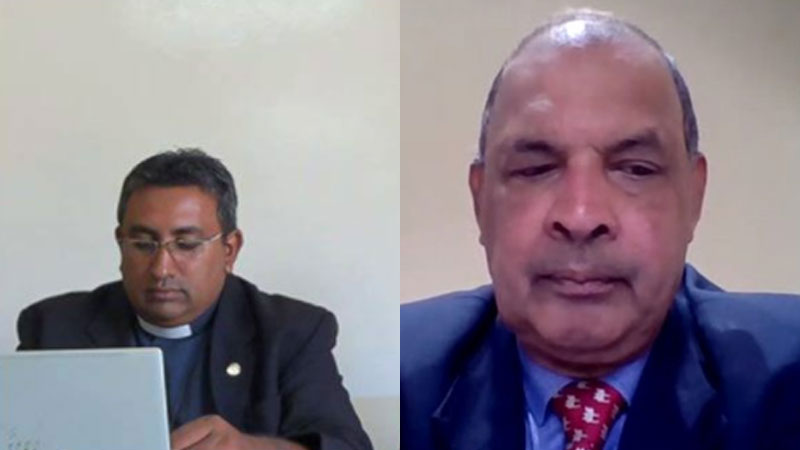 The Pacific Council of Churches General Secretary Reverend James Bhagwan says a lot of the new churches in Fiji do not have strong governance mechanisms and that is a weakness.

While speaking to the Parliamentary Standing Committee on Foreign Affairs and Defence about their strong stand against violence against women and children, Reverend Bhagwan says a person can just start a faith community and they understand that this is the nature of faith communities.

He was responding to a question by FijiFirst parliamentarian Doctor Salik Govind.

Reverend Bhagwan says in the past, the Fiji Council of Churches was usually consulted when it came to the approval of any new church being set up.

He says this allowed due diligence.

Reverend Bhagwan says in terms of monitoring, they have reporting mechanisms in a project they are rolling out.

Reverend Bhagwan says it is really in the space of the Religious Bodies Act where something like this could be brought in.

The Parliamentary Standing Committee on Foreign Affairs and Defence is taking virtual submissions on the Optional Protocol to the Convention on the Rights of the Child on the Sale of Children, Child Prostitution and Child Pornography.

Russia is starting its COVID-19 vaccination programme, with clinics in the capital Moscow vaccinating those most at risk from the virus. Its own ... 34 minutes ago

Argentina has passed a new tax on its wealthiest people to pay for medical supplies and relief measures amid the ongoing coronavirus ... 37 minutes ago

A vehicle crashed into Roundabout Fastfood and Takeaways Restaurant in Tavewa Avenue in Lautoka at 7.30 last night. The owner of the restaurant ... 39 minutes ago

Two women are selling clothes which they made themselves every Saturday at the Christmas Market Day at the YWCA Building in Suva to assist their ... 40 minutes ago