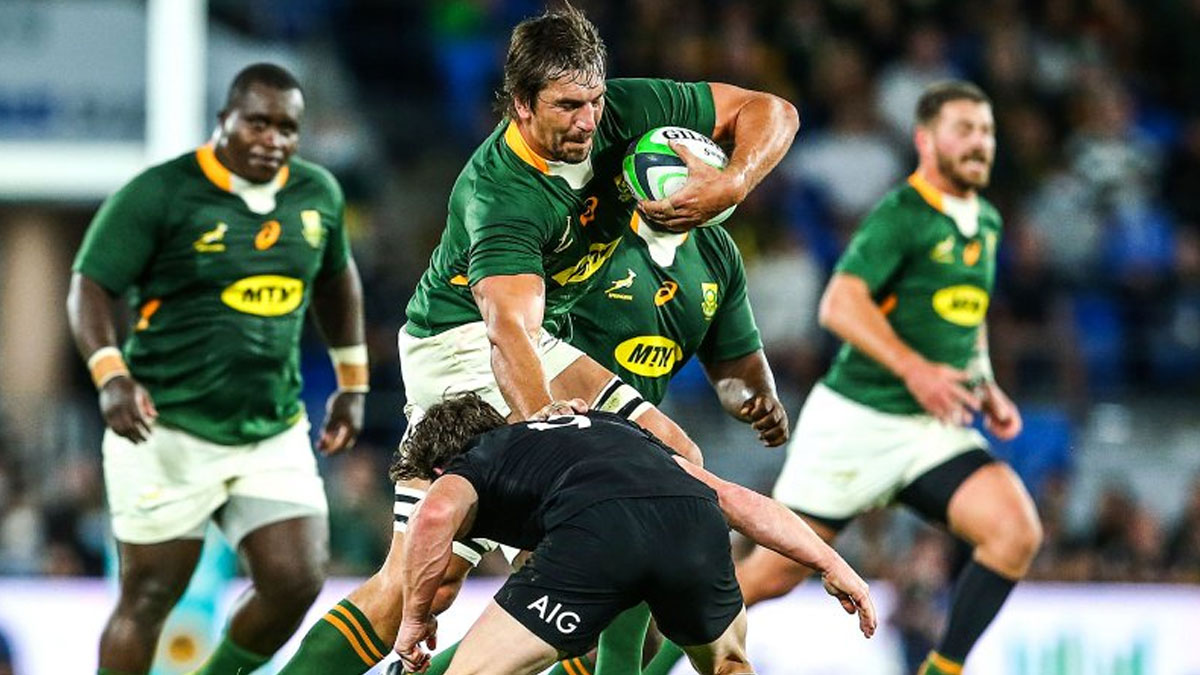 It was a one sided affair from the beginning as over 43,000 fans cheered their home team to a 26-10 victory and the All Blacks now losing five out of their last six tests.

The Boks stuck to their kick-heavy, forward-dominated blueprint and executed it to perfection.

Playing in his 50th test Malcolm Marx and his forwards dominated the breakdowns and the line outs not giving Cane and his team any room to breathe.

Their maul defence, thanks to new forwards coach Jason Ryan, was unrecognisable from the Irish series, as several times they were well organised to repel the Boks maul.

South Africa went into the sheds at half time leading 10-3 to New Zealand thanks to a Jordie Barrett penalty.

The second half seemed to be all Handre Pollard as he booted in penalties and a drop goal.

Kurt-Lee Arendse was red carded in the 73rd minute for taking out Beauden Barrett in the air.

A try to substitute Shannon Frizell gave the All Blacks a bit of hope, but it was snuffed out just minutes later when Frizell fumbled a pass and Willie le Roux scored.

Alarm bells are now ringing louder in the All Blacks camp with Ian Foster and his team heading to Ellis Park next week.