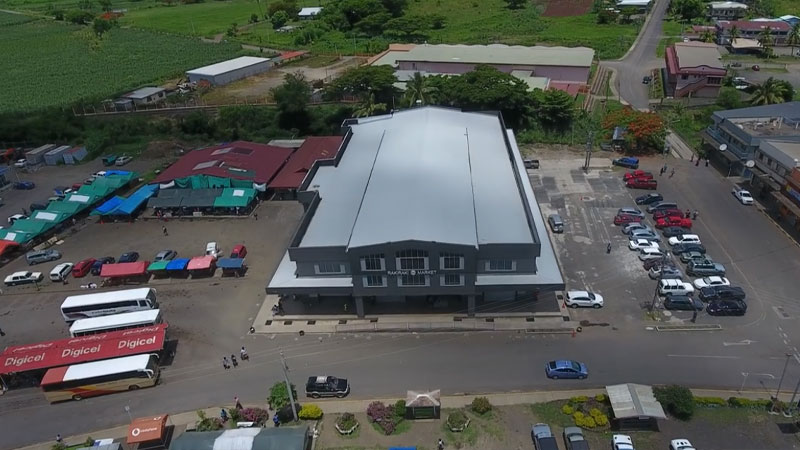 Rakiraki businessman George Shiu Raj says they are intending to build a supermarket in Rakiraki Town at the site where his buildings were destroyed in a fire last month.

Raj says the supermarket will create more than 20 new job opportunities for the people of Rakiraki.

Raj’s two buildings and A. Gafoor restaurant which belongs to Azmat Ali were destroyed in a fire on the 25th of last month.

Raj says together his property has sustained a loss of about more than $1.5 million in the fire.

He says they are waiting for their building plan approval from Town and Country Planning before commencing on the project.

The businessman says it will take up to 6 to 8 months for the project to be completed.

He adds that Tulsi Construction Limited from Lautoka will be carrying out the construction works.

Raj says they are also working with the Ministry of Commerce on how they assist more than 15 people that have lost their jobs due to the fire in the two buildings.

Meanwhile, Azmat Ali says they are still planning on whether they will re-build their restaurant.

Ali had earlier said that the fire started from the kitchen when a gas stove exploded.

He says they have sustained a loss of more than $700,000. Both buildings were not insured.

The Fiji Revenue and Customs Service Acting CEO, Fane Vave confirms the screenshot of an email which is allegedly talking about overstating of governm... 17 minutes ago
LATEST NEWS