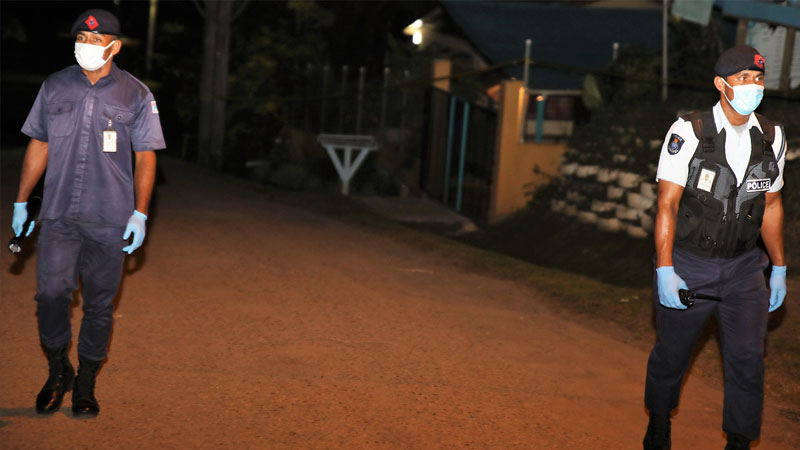 30 people have been arrested for breaching the COVID-19 restrictions and curfew orders in the last 24 hours.

Tudravu says 4 people were arrested in Lami for a social gathering while a 41-year-old woman of Wainadoi was found loitering during curfew hours.

He further says 7 people including 4 juveniles were found loitering during curfew hours in the Rawaiqa, Nepani and Namadi areas.

Three men in their 30’s were arrested in Sigatoka for breach of curfew orders while three other cases of loitering during curfew hours were recorded in Lautoka.

The Eastern Division recorded 2 cases including a 37-year-old man who was found driving without a pass while a 28-year-old woman was arrested for loitering in Nausori Town.

A 31-year-old woman who crossed the Nawaka containment area to travel to Vatusekiyasawa Village in Ra has been taken into police custody. Acting ... 2 minutes ago