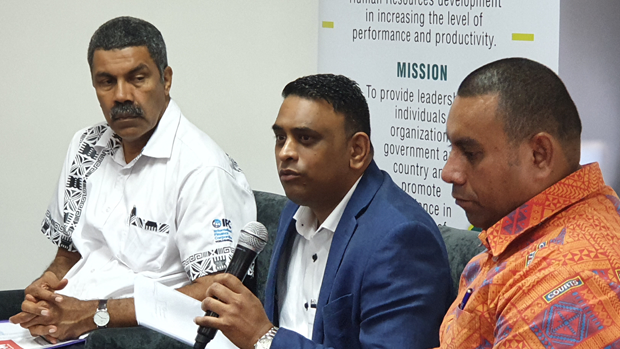 Ten large companies in Fiji are tackling the impact of violence and lack of childcare at the workplace by signing up for Rakorako.

The Rakorako is an initiative of the International Finance Corporation and Fiji Human Resources Institute which will build on the findings of the studies globally to help the private sector create family-friendly policies to promote women’s recruitment, retention and promotion in the workplace.

The International Finance Corporation which is a member of the World Bank Group and the Fiji Human Resources Institute launched the Rakorako last year.

The move followed the release of two reports showcasing the business case for employer supported childcare and developing workplace responses to domestic and sexual violence.

International Finance Corporation Resident Representative for Fiji, Deva De Silva says it is a top priority for them to work with the private sector to advance gender equality as smart business and improve women’s access to more and better jobs.

The Business Case for Employer Supported Childcare in Fiji showed that employers in Fiji were losing an average of 12.7 work days per employee due to parents juggling their responsibilities at work and at home.

Fiji Human Resources Institute President, Kameli Batiweti says Fiji is among the most gender unequal countries in the world in women’s economic participation ranking 106 out of 149 countries on the World Economic Forum’s 2018 Gender Gap Index.

He says despite having a highly educated female population with a higher proportion of women tertiary graduates than men, women are poorly represented in the formal labour force especially at senior levels.