If there is a salary cut for civil servants, municipal councils will be affected – Premila Kumar

If there is a salary cut for civil servants, municipal councils will be affected – Premila Kumar 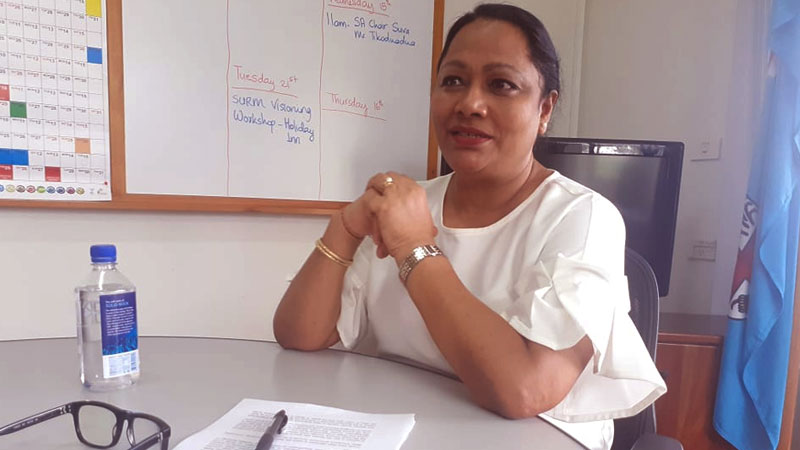 Minister for Local Government, Premila Kumar says if there is a salary cut for civil servants, municipal councils will be affected.

When asked in a press conference, Kumar says in a situation like this, it is not just the national government that needs to look at its revenue, but also the local government, because it is providing key services to the public.

She says if government is supporting families to put food on the table, they know that there are ratepayers that are facing difficulties and they may not be able to pay rates.

There is no confirmation on pay cuts for civil servants.

The Minister highlighted that for the 2020-2021 financial year they will focus on completing capital projects which include the Lautoka Swimming pool.

Kumar says the Lautoka swimming pool project is being reviewed after a preliminary investigation was conducted.

She says that the lead consultant and contractor has been terminated and the special administrators are now working on the new scope of work where the tender will be called to complete the rest of the works.

She says 54 percent of the work is completed.

Kumar says the building which includes the changing room and the toilet facility is yet to be completed while only two percent of the works in the swimming pool is left.

She says the Lautoka City Council should be finalizing the scope of work soon. The Minister also highlighted that they also aim to look into the Municipal Councils Market policy, National Housing Policy, Urban Policy and to train the workforce to understand the laws better and enforce legislations.

She says collectively they have decided to do some corridor studies to reduce the time taken for investors to put in their application particularly for rezoning.

Kumar says they are looking at corridor studies like zoning McGregor Road in Suva, Kennedy Avenue in Nadi and Sunset Point in Korotogo, Sigatoka completely as commercial.

She says this is done so that when our economy improves and the border restrictions are lifted, Fiji will be ready for business.

Kumar also confirmed that when the extended rural boundaries are included in the municipality, government is paying for the garbage collection.