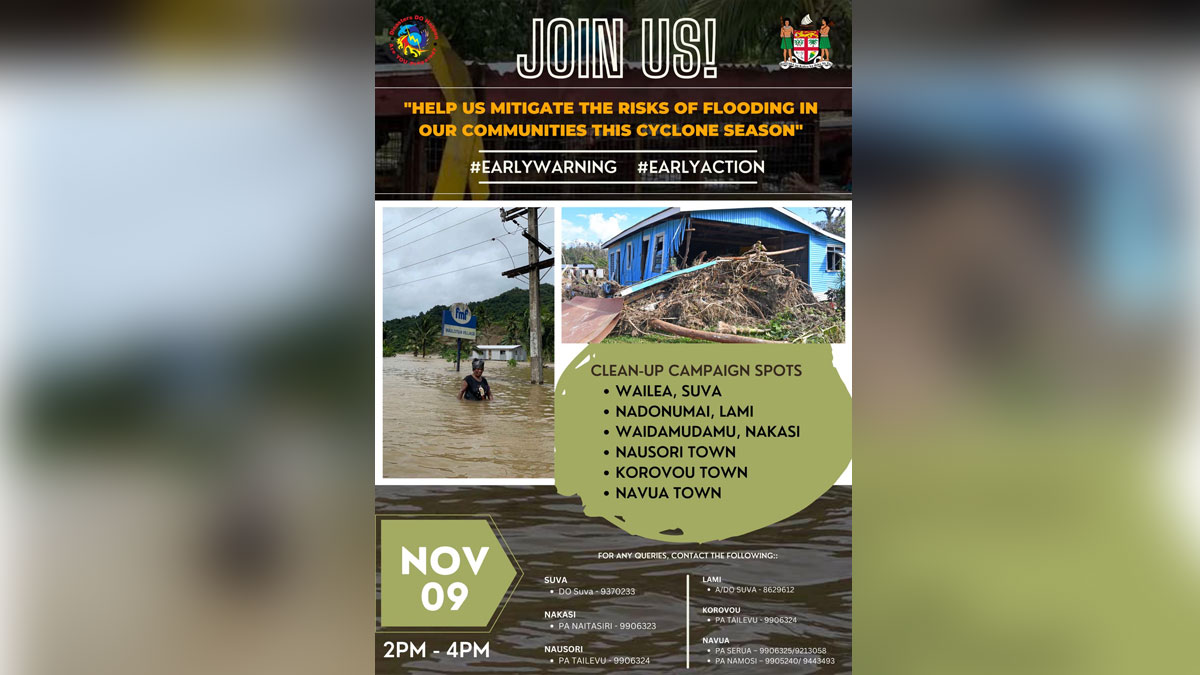 Government, through the National Disaster Management Office will be spearheading a whole-of-government and whole-of-society clean-up campaign today across all four divisions to mitigate the risks of flooding in communities during this cyclone season as part of the natural disaster awareness week.

NDMO Director, Vasiti Soko says as advised by the Fiji Meteorological Office, we should be expecting above-average rainfall in this cyclone season, and given that we are also in a La Nina season, the risks of flooding of low-lying and flood-prone areas as a result of this forecasted weather event will be high.

She says it’s also important to note that most communities are usually flooded during any event of heavy rainfall because of our inability to dispose of waste properly.

Soko adds these waste are mostly clogged up in our drainage systems causing flash-flooding in many of these low-lying areas.

President, Ratu Wiliame Katonivere, and Minister for Rural and Maritime Development and Disaster Management, Inia Seruiratu will be leading the clean-up campaign in the Central Division including Navua Town, Nadonumai in Lami, Wailea in Vatuwaqa, Suva, Waidamudamu in Nakasi, Nausori Town and Korovou Town.

The programme for today’s exercise in the Central Division will begin at 2 pm across all six locations.