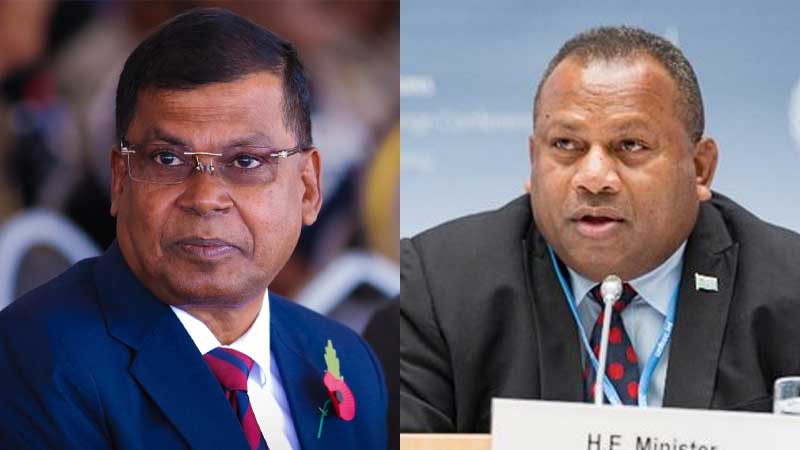 National Federation Party Leader Professor Biman Prasad says draconian provisions of the draft Police Bill if enacted by Parliament will turn Fiji into a Police State while the Minister for Policing, Inia Seruiratu has stressed that the draft bill aims to provide additional enforcement powers for police to address new forms of crime.

Prasad says provisions of the draft bill is at the height of totalitarianism, absolute dictatorship and complete erosion of fundamental rights and freedoms of citizens.

The NFP Leader has questioned why people are being asked to comment on a draft legislation.

Prasad claims that the government will bring the bill to Parliament under Standing Order 51 to avoid public debate and scrutiny.

He claims the government has found an avenue to trample upon the rights and dignity of people through the new draft Police Bill claiming its review is long overdue.

Prasad claims provisions of this bill will clearly be used to persecute opposition political leaders and civil society.

He says provisions like the imposition of life imprisonment or $1 million fine on people who refuse to provide passwords of their electronic devices, police being allowed to eavesdrop and record conversations and recruitment of informers through lure of payment have no place in Fiji. The NFP Leader questions why is the government treating its citizens like terrorists and hardened criminals.

He says it is inconceivable that such a bill has even been drafted.

Prasad adds this draft bill should not reach the floor of Parliament because it will entrench dictatorship, thuggery and persecution.

Minister for Defence and National Security, Inia Seruiratu is yet to make further comments.

Seruiratu has already stated that the current Police Act is archaic and needs to be updated.

He said the bill aims to provide additional enforcement powers for police to address new forms of crime, provide legal powers to use modern technological aids to combat complex and organized crimes and institute deterrent penalties.

Seruiratu says while policing functions have remained resolute and constant over the years, the criminal landscape has changed drastically and police are now tasked with enforcing laws that are aligned to new and emerging challenges.

The Ministry of Defence, National Security and Policing says the face to face consultation will start at a later date.

They will provide the dates, times and venues when it is confirmed.