Rabuka, Chaudhry and Tikoduadua concerned about the absence of the PM

Let us pray for the PM - Rabuka

Rabuka, Chaudhry and Tikoduadua concerned about the absence of the PM

Let us pray for the PM - Rabuka 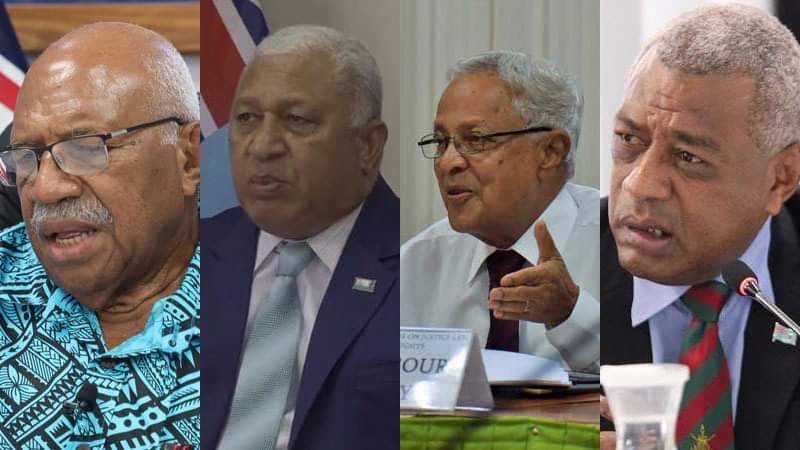 Two former Prime Ministers, Sitiveni Rabuka and Mahendra Chaudhry have today shared their concerns about the absence of our leaders during this time of need in Fiji.

In a press conference today, People’s Alliance Leader Sitiveni Rabuka says he hopes speculation about the Prime Minister’s health are not close to the truth and whatever the reason for the absence of our leaders, we should be praying for them.

Rabuka adds if the Prime Minister was not here, there should have been an announcement after the meeting of cabinet so that people know who is going to be the Acting Prime Minister.

Rabuka says this is the normal process.

Rabuka says there is another possible storm coming up and hopefully we will have a leadership profile rising up and assuring the people.

The Prime Minister has not made any public comments however some of the photos of him visiting frontliners during the second wave of the COVID-19 pandemic and opening a bridge last year have been posted on the Fijian Government Facebook page.

The Fijian Government frontliners post says "while our opponents were busy criticising the efforts of our hardworking frontliners from the comfort of their homes - the Prime Minister was on the ground working alongside them, ensuring the safety of our people and our beloved country."

Meanwhile Fiji Labour Party Leader Mahendra Chaudhry says they are questioning the whereabouts of Prime Minister Voreqe Bainimarama and Minister for Economy, Aiyaz Sayed-Khaiyum at a time when the people are faced with an alarming rise in COVID-19 cases and the suffering inflicted by the recent massive flooding.

Chaudhry says it is natural that people should turn to their rulers for guidance and assistance, only to find nobody knows where they are as they have just disappeared without a word.

Chaudhry says this is simply not acceptable.

He says the Prime Minister is paid a salary of around $1,000 per day and he must account for it to the taxpayers by keeping them informed.

He says there are well-established conventional rules that the Prime Minister or any of his ministers must observe whenever travelling out of the country.

The former Prime Minister says the rules require that an official media statement is issued informing the people of the official engagement and the duration of the overseas visit.

The President of the National Federation Party Pio Tikoduadua had said the country needs leadership and direction at this critical time when we are faced with two major crises and has asked where is the Prime Minister.

He says many things have been heard but nothing from the Prime Minister for days as we are facing a major COVID crisis and the aftermath of serious flooding and other damage caused in the wake of TC Cody.

Tikoduadua also questioned who is in charge and whether there is an Acting Prime Minister.

He says this is not a time for Fiji to be drifting and leaderless but a time for leadership and action.