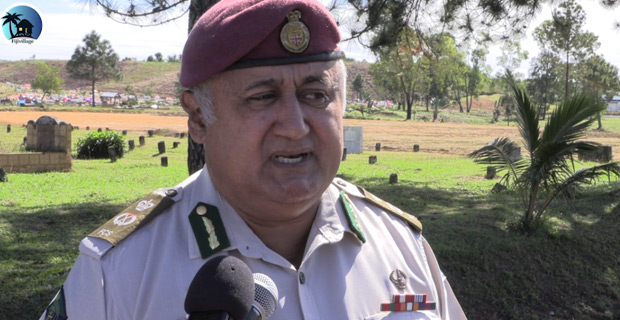 Commissioner Kean says with the shortage of space, they have also requested that the burial plots be opened after 14 years if people want to use a relative’s plot to bury another loved one. Contraband items like methamphetamine, sachets of marijuana, more than 50 mobile phones as well as phone chargers were found by Fiji Corrections Service officers at the Suva Remand Centre in the last three weeks. These contraband items were found during snap checks conducted from the 8th of July to today.

Fiji Corrections Service Commissioner Commander Francis Kean says the smuggling of contraband items into their remand and convict centres is a daily challenge.

Kean says they have found that some of the senior remandees are intimidating the new remandees to bring these items in.

Kean says since 2016, they have had two cases where people have passed away after smuggling contraband items.

The Corrections Commissioner says some remandees are even digging out the walls in their cells to hide contraband items and they are charging these people for damaging property.

Kean admits that some of these contraband items have entered their centres through the help of Corrections Officers.

He says they have taken action against three Corrections Officers for colluding with prisoners.

Kean says in 2017 they started investing in portable electronic body scanners to assist them in their daily duty of detecting the smuggling of illegal contraband items at the main gates of their 15 correction centres.

He confirms that they will be installing permanent electronic body scanners at the Lautoka Remand Centre and at the Maximum Corrections Centre in Naboro. They are also in the process of breeding Labrador canine dogs to assist them in detecting these illegal contraband items. The old Main Cell Block, Awaiting Trial Block, and Segregation Block at Suva Corrections Centre formerly known as Korovou Prison which was built in 1912, has been demolished.

Fiji Corrections Commissioner Francis Kean says the blocks which were not in use since 1998 were demolished due to occupational health and safety issues. He says demolition works were done to allow for the construction of a new Corrections Centre in Suva which will be able to house 600 prisoners.

Commissioner Kean says this will hopefully alleviate the overcrowding issues that are currently being faced at the Centre.

He says 439 prisoners were moved to other corrections centres around the country during the final seven days of demolition works.

He added this had to be done for safety reasons and these prisoners are now back at the Suva Corrections Centre. The cost of the new construction project has not been disclosed as the tender is still open.

Commander Kean thanked the Commissioner of Police Sitiveni Qiliho and the Commander of the RFMF Rear Admiral Viliame Naupoto for their support towards the success of the prisoner relocation operation.