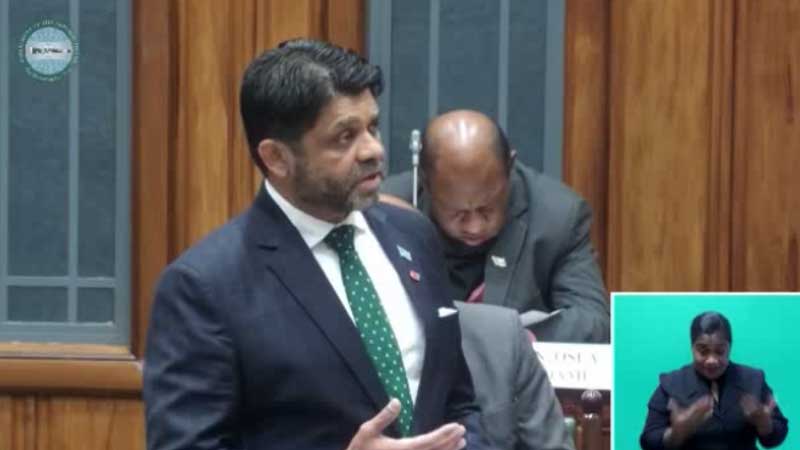 While tabling the motion that Parliament approve the increased Government guarantee to Fiji Airways borrowings, Sayed-Khaiyum gave the background that on 9th August 2021, Fiji Airways had an extraordinary general meeting where it notified shareholders of the intent to raise equity of $200 million to raise cash to support itself through the COVID-19 pandemic period.

Sayed-Khaiyum says the Fijian Government subscribed for the 24.2 million shares by utilising the one off fee owed by Fiji Airways as part of it’s contribution for the shares while the remaining $7.6 million was paid for in cash.

He says this increased the Fijian Government’s overall shareholding in Fiji Airways from 51 percent to 74.56 percent.

He says if we did not have a national carrier, the changes for tourists to come to Fiji from December 1st would have been hugely undermined.

Sayed-Khaiyum also says it has really concerned him that the Opposition does not see the big picture.

Debate on the motion continues in Parliament.

Opposition Leader, Ratu Naiqama Lalabalavu says the Government should consider other practical options than to increase the Government guarantee for Fiji Airways.

Ratu Naiqama says there are signals that Fiji will continue to have short term supply chain problems and most importantly the price of crude oil will continue to rise which will put a lot of pressure on production resulting in price increases that will lead to the increase in inflation rate.

He says an additional $106.4 million to the existing open guarantee or $455 million total contingency liability for Government is surely unprecedented in Fiji’s history.

Ratu Naiqama further says the major risk associated with our contingency liability is with Fiji Airways and Fiji Development Bank.

He says despite the risk, the Government continues to facilitate additional guarantees for these two organisations.

The Opposition Leader adds with direct support of over $250 million from Australia, New Zealand and the European Union, the Government should at least provide fiscal space to cushion against the impact of the pandemic through targeted investment and instead it has decided to give out the money to drive consumption. 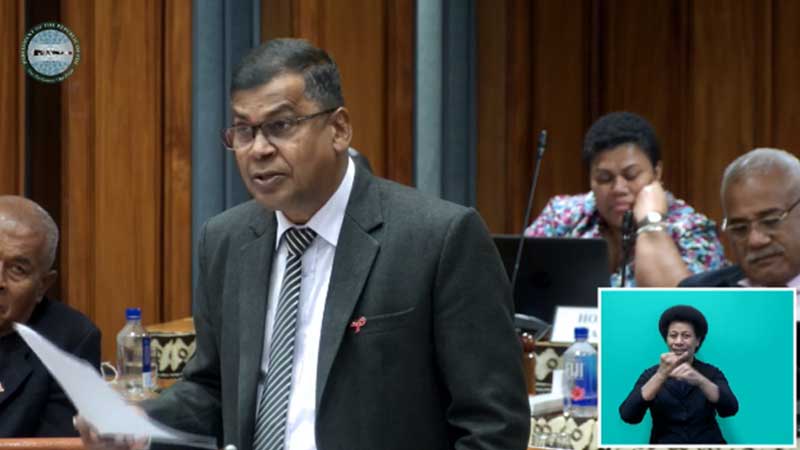